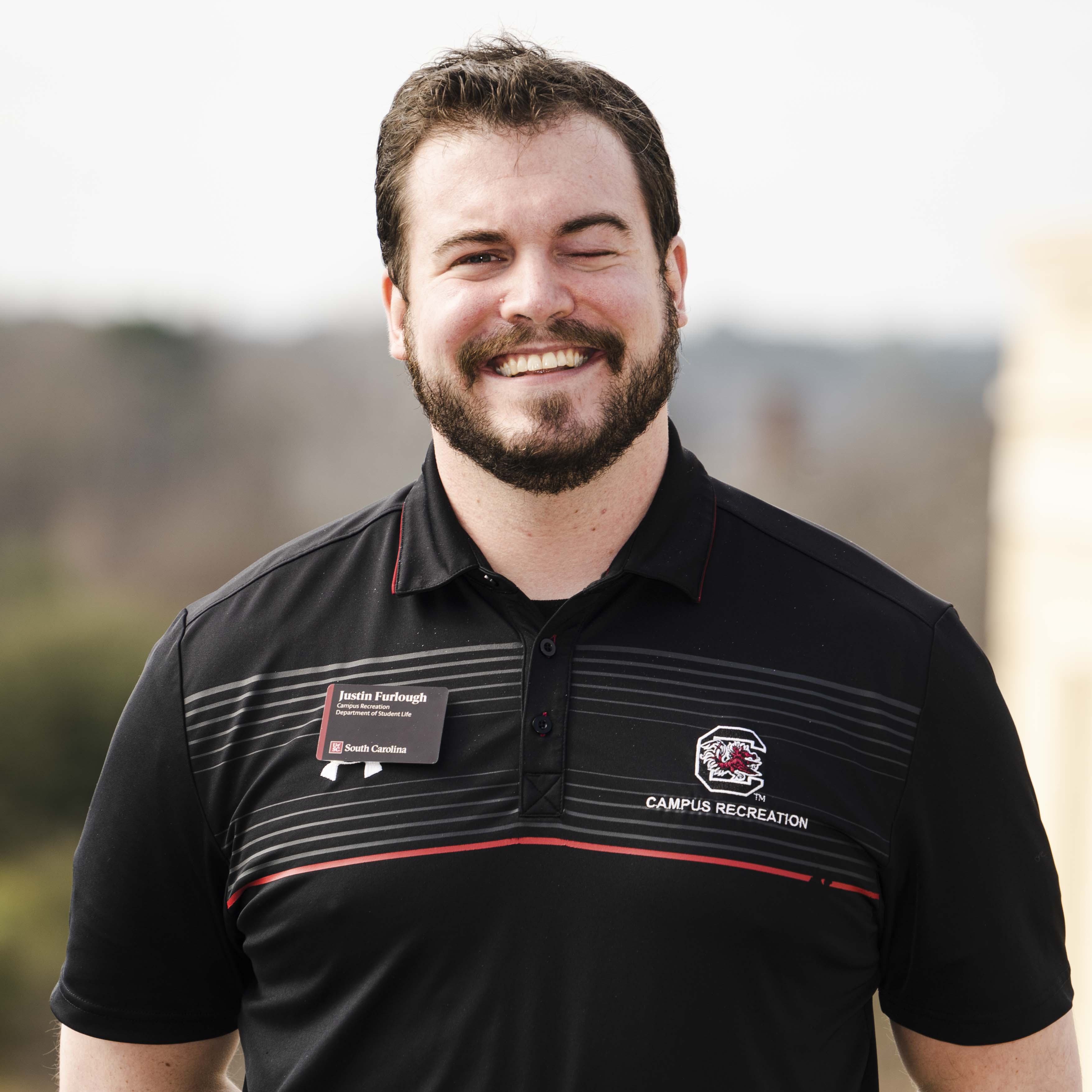 I am excited about the ability to continuously develop students and prepare the next generation.

Justin has a background in campus recreation through his time working as a supervisor/sport official with UofSC's intramural program from 2012 to 2015. He was then the first Sport Club Intern prior to serving as a  graduate assistant position at the University of Nebraska at Omaha.

Justin loves video and board games, cooking, and playing music either to practice or in a social setting such as an open mic or karaoke.