The University of South Carolina’s inaugural Leadership Week has showcased and celebrated student leadership with a focus on spreading the idea that a spark of leadership can be ignited within each of us. To cap off Leadership Week, the Center for Teaching Excellence interviewed Kirk Randazzo, former director of the Carolina Leadership Initiative.

CTE:How did you first become interested in incorporating leadership skills and concepts into your teaching?

Randazzo: I actually have been interested in leadership for about 20 years now. I’m a public speaker and talk about leadership and conflict management, public speaking all around the country. I’ve been doing that for probably about 10 or 15 years. What actually got me started at USC was I received a teaching grant to do a leadership class and it was originally a hybrid political science leadership class and I took a group of 20 students to Washington D.C. over spring break. We met with some members of South Carolina’s delegation, we met with the chief judge of the D.C. court of appeals, met with the program director for the National Science Foundation and had an opportunity to essentially interview all of these leaders and after that experience it was just a class I wanted to teach more. This was around the time I became director of the Carolina Leadership Initiative and we were putting this Leadership minor together and we said we need a gateway course for this minor and my class essentially became it.

CTE: What are some of the leadership skills and concepts that you really wanted to focus on in the class?

Randazzo: I wanted to do a combination of a theoretical approach but also applied skills and strategies. I wanted my students to understand some of the underlying principles of leadership. Things like developing visions, the importance of values—stuff like that. But I also didn’t want the class to focus solely on theory. I wanted to develop skills on conflict management, public speaking, team building, communications strategies so that my students would understand some of that theoretical approach but then have the confidence to be able to incorporate it into their lives right away. So I felt that building up these skills was an important part.

CTE: What are some of the things that make USC a good place for students to develop leadership skills?

Randazzo: I think part of what started this all was President Pastides and the vision that he outlined for the university that focused primarily on leadership. Things like Graduation with Leadership Distinction, the Carolina Leadership Initiative, the minor. I think he very much wanted students to learn not just the substance of a particular discipline but how to engage and lead within that discipline. That’s a message that I fundamentally believe. I think this university more so than some others has really tried to make leadership a central component for every student regardless of what they major in.

CTE: What did you learn from the experience of developing the leadership minor?

Randazzo: I probably learned two fundamental things and one sort of reinforced what I already suspected. It’s that leadership exists across disciplines. It’s not a subject that is best talked about in isolation of something else. And I think too often that’s what happens on campuses. We talk about leadership as if it exists in a vacuum and we don’t connect it into the laboratory or the practice room or the classroom or the office or things like that. And I think the more we can connect leadership to specific disciplines the better that resonates with students.

The second thing that I’ve learned is that leadership, because it affects all disciplines, it truly is multidisciplinary. It’s interdisciplinary. Even though we need to connect it into each of those disciplines, we have to be very very careful that we don’t isolate ourselves from what’s happening in other disciplines because my students in political science can learn from students in pharmacy, in public health, in music about leadership and they can borrow some of the experiences or the skills that students in some of these other areas have and use that to shape their own leadership styles.

CTE: What are some of the most interesting or successful projects that resulted from that experience of developing the minor?

Randazzo: One that I was really proud of was developed by my students-my leadership scholars and that was to try and bring leadership to all 30,000 students on campus but to do so in a way that they would meet students where they lived rather than try and get the students to come to us. So they developed a slogan called “Spurred to Lead.” And that slogan captured a leadership model and approach that had three levels. It had an individual level. It had a small group, team level. Then it had a larger community, society level. And they started organizing events that would showcase all three of those levels. And this is currently what is the leadership week that the university has. So on one day they would have just individual students demonstrate what they love to do. Maybe one person would be painting out on the horseshoe. Another person would be playing his saxophone in front of the Russell House. Then they organized a group or team level and they showcased the numerous associations that we have on campus. Then they connected in with the days of service that the university sponsors and did community wide project to make a change there. And I thought that was really cool to see that student sort of creativity come alive and get manifested across campus.

The second thing that I was really proud of was in terms of the minor itself. When we started there were a handful of individuals that expressed an interest and when the minor first launched I think immediately we had three people enroll. But within a year – and using some of the teaching grants to get more courses approved – those three individuals exploded and now we have I think approximately 75 that have officially minored in leadership studies. After doing some research across some other state flagship institutions, those that have minors in leadership, and not all do, those that do typically only get about a dozen or 15 students that enroll. So the fact that we 75 is a tremendous testament to what we’re doing at USC in terms of leadership. I think that’s great.

CTE: What advice and guidance would you give to faculty who are interested in integrating leadership into their courses?

Randazzo: I think there are two ways that you can go about incorporating. One is a case study approach. No matter what discipline someone is teaching in, I think if they can identify a couple of prominent leaders within that field and have students do a case study on those individuals. How they became leaders. What challenges they faced and where their failures and successes occurred. That’s a great way to get students thinking about leadership from a discipline specific standpoint.

Another approach would be to think about the fundamental or substantive skills that students need in that area and then talk about how one would lead through those skills. So if it’s in music, proficiency in one’s instrument or with their voice. What kind of leadership skills would one need in the practice room or with an ensemble? If it’s for nursing, what kind of skills do nurses need in terms of medicine, health care, patient relationships? Those kind of things. And then talk about how one would lead across acquiring those skills and implementing those skills in their discipline. I think a combination of those two approaches would be really good for any class that we have on campus.

CTE: What direction would you like to see the leadership initiative on campus move toward?

Randazzo: Fundamentally what I would love to see is a continued yet more direct focus on developing student’s as leaders. From that standpoint, I think that where we are now is that most of the leadership development happens on the extracurricular side of student experience. So in the division of student life there’s a leadership and service center in the Russell House. They have a variety of programs that are designed to help students become better leaders but those aren’t connected to the curricular side of the student experience. That’s where I think we’re lacking. I think we have made some strides in that area but we still have a tremendous way to go.

My concern is that if leadership development stays solely as an extracurricular phenomenon then students aren’t necessarily going to see the importance of leadership in their lives. They may recognize that leadership is important but they won’t see how it directly connects to what they’re studying unless it comes through the classroom. So I think we need to do more to get additional faculty teaching about leadership either as an explicit focus or sole or primary focus in a class or at least as a component for every class that we teach on this campus.

CTE: What do you think will be the benefit to the university overall?

Randazzo: The benefit for the university will be producing generations of individuals who on day one after graduation can go out and make a change a very positive change in their corners of the world. We want students to engage. We want them to lead. We want them to be role models for citizens around this country and around the world. I think the more that we can give them leadership skills and confidence to try and not worry about potential failure but use that as learning opportunities to continue to grow. The more we can give our students that kind of confidence, the more I think we will see USC make a tremendous impact in the greater community. 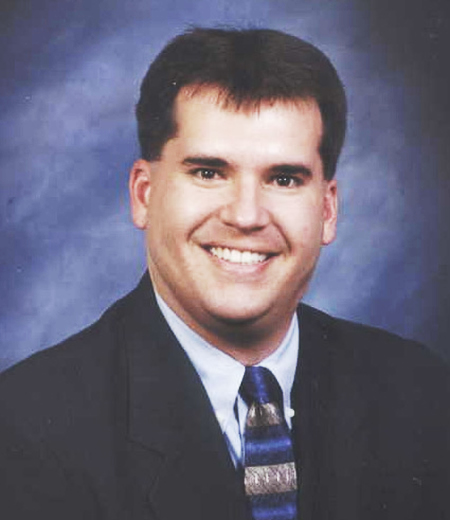