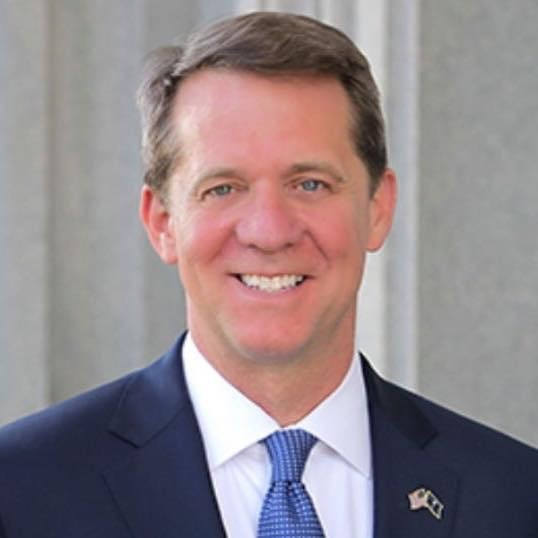 James is a Columbia native, married to Kirkland T. Smith of Mt. Pleasant, SC. They have four children a daughter Evie age 27, a son Thomas age 26, another son Paul age 19, and a daughter Shannon age 18.

James was elected to the South Carolina House of Representatives in November 1996.  In his first year of service he was elected to the position of Assistant Minority House Leader.  James served in the position for three years before becoming the Chief Minority Whip.  James was then elected House Minority Leader and served from 2002 until 2005.  James was re-elected for eleven terms, serving 22 years.  In 2018, James was the Democratic Nominee for Governor of South Carolina.

Military service has been a hallmark of James’ family for every generation.  After 9/11 and serving for eight (8) years as a JAG officer in South Carolina Army National Guard, James resigned then re-enlisted to pursue a commission as an Infantry Officer.  James is currently a Major and assigned to the Joint Operations Center, South Carolina Joint Forces Command.  James served in support of Operation Enduring Freedom Afghanistan with the 218th Infantry Brigade where he was awarded the Combat Infantryman’s Badge, The Bronze Star and The Purple Heart.  He was recognized by his peers in 2016 when he was the first to be awarded the University of South Carolina Veterans Alumni Council’s VAC Distinguished Service Award.  In 2018, James was inducted as one of only two Majors into the Palmetto Military Academy Hall of Fame.

James has served on various non-profit boards and has volunteered with numerous civic groups including service as a Fellow - Liberty Fellowship, affiliated with the Aspen Global Leadership Initiative, a Fellow with the Riley Institute, Chair for the Public Policy Committee of the United Ways’ Success By 6 initiative, SC First Steps Board Member, Prevent Child Abuse, SC, Board Member, Alston Wilkes Society Board Member, Red Cross Board Member, and is currently serving as a Board Member of the Congaree Riverkeeper, Friends of The Edisto (FRED), The River Alliance, SC Humanities Council and The Nickelodeon.  James is also a musician and started the band, The Root Doctors.  He continues to play in bands in venues across South Carolina.  James and his family are members of the Trinity Episcopal Cathedral in Columbia, SC.