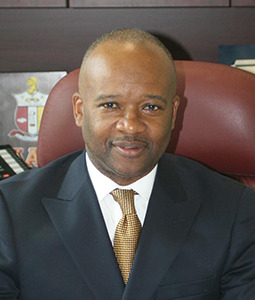 He also spent 5 years with Kimberly Clark Corporation. As a result of these experiences in the military, corporate America, and higher education he developed a profound interest in the multiple challenges many men of color experience. Bernard wanted to contribute to their success in higher education. At some of these colleges, Bernard participated as an active mentor with minority male mentoring programs. At one community college, he co-founded and co-facilitated a minority male mentoring program where members graduated, transferred to and were successful at four-year institutions.

Bernard also provided presentations and facilitated roundtable discussions on men of color at conferences. He presented a poster board exhibit on the impact of a minority male mentoring program at a symposium and published a book review in the Journal of African American Men in Education (JAMEE). Additionally, Dr. Washington Facilitated a workshop at the Minority Male Initiatives for Success Conference, (Durham, NC) titled The Importance of Recognizing Diversity within Your Minority Male Mentoring program.

He earned his doctorate degree in Adult and Community College Education from North Carlina State University.