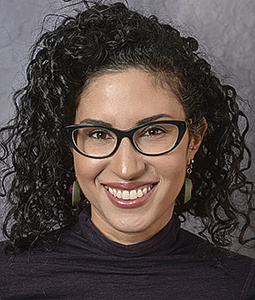 Dr. Feliciano-Santos' research interests include linguistic anthropology, the politics of language use, social activism, legal and court systems, language and race, language and cultural revitalization, racial and ethnic formations, religion, narrative, and face-to-face interaction. Her areas of interests are the United States, Puerto Rico, St. Croix, Caribbean, Latin America, and the U.S. Her current project, in collaboration with Dr. Sonia Das of NYU, studies the role of verbal and non-verbal communication and ideologies in shaping processes and outcomes in criminal justice. Feliciano-Santos' first project focused on Taíno cultural revitalization and identitarian movements in Puerto Rico. Specifically, she examined face-to-face interactions, and the culturally situated communicative ideologies that influence and emerge from such movements. She is also interested in how historical revisions affect the task of reconstruction (religious, linguistic, institutional, etc.) and indigenous ethnic identification. She has studied the language ideologies and practices of Puerto Ricans in St. Croix, with attention to the ways in which they narratively and linguistically construct their relationships to multiple Caribbean islands.Her research has been funded by the National Science Foundation, the Wenner-Gren Foundation for Anthropological Research, and the University of South Carolina

2017  “How do you speak Taíno? Indigenous activism and linguistic practices in Puerto Rico” Journal of Linguistic Anthropology. (27)1:4-21.

2012 (with Barbra A. Meek)  "Interactional Surveillance and Self-Censorship in Encounters of Dominion." Journal of Anthropological Research 68(3): 373-397.