Dr. Jessica Bradshaw runs the Early Social Development and Intervention Laboratory, focusing on early identification and intervention of autism spectrum disorder (ASD) in the first years of life. Dr. Bradshaw joined the Department of Psychology as an Assistant Professor in 2018. She is currently the PI on two NIH-funded projects: one focusing on the relationship between neurobehavioral deficits observed in the first four months of infancy and later social-communication and language impairments and one focusing on exploring the utility of heart-rate based measures of sustained attention in infants as a biomarker for later-emerging social-communication skills and ASD symptoms. By identifying early biological and behavioral processes that predict the emergence of social communication disorders, Dr. Bradshaw hopes to develop novel conceptual frameworks for very early intervention that can promote social development and attenuate, or even prevent, some of the most challenging behaviors in ASD. 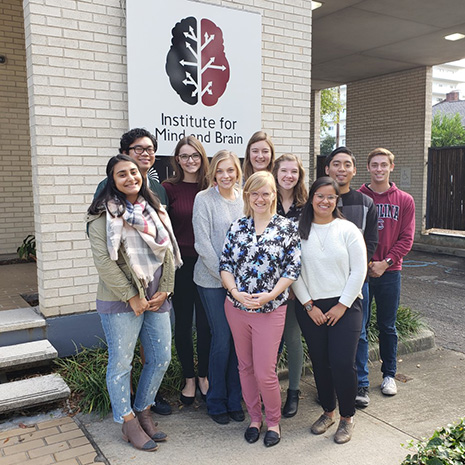 Visit the ESDI Lab website for more information about the work they do, the people involved, and how you can participate!