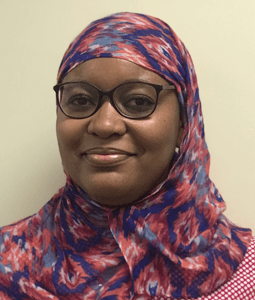 Rokhaya Aballa Dieng is a Ph.D. Student from Senegal. She came to UofSC in August 2016 for her MA in French that she has completed in Mai 2018 and started the Ph.D. program right after. She is also an instructor of record for the French program. Dieng has also completed an MA in English from Cheikh Anta Diop University in Dakar, Senegal in June 2016.

Prior to UofSC, Dieng have had four years of experience teaching  as a laboratory instructor of French at Macalester College in St Paul, Minnesota.

For her Doctoral dissertation, Dieng planes on undertaking a comparative study between masculine and feminine migration from Africa to different places in the world.