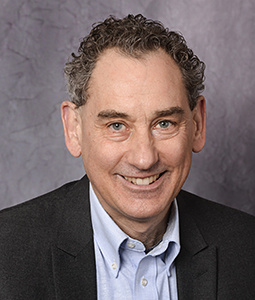 I am an art historian doing research in 20th and 21st century German art and culture. My most recent book is a multicultural study of contemporary German art: Turks, Jews, and Other Germans in Contemporary Art (MIT Press, 2021). I am excited to work at this time with the great faculty, staff, and students of the SEOE and honored to serve as Interim Director of the School.

Peter Chametzky is Professor of Art History, and has been on the SVAD faculty since 2012. His research focuses on 20th and 21st century German art and culture. From 1998 to 2012 he taught at Southern Illinois University, first as Associate Professor and then as Professor, and served as Director of the School of Art and Design on the Carbondale campus from 2008-12. He served as Director of the UofSC SVAD from 2013-2018. Previously, he taught at Adelphi University (1990-98), the School of Visual Arts (1984-88), and in the School of Continuing Education at New York University (1986-88). He earned his Ph.D. in Art History from the City University of New York Graduate Center in 1991. His B.A., also in Art History, is from Cornell University. He has also studied in Freiburg iBr, and Stuttgart, Germany.