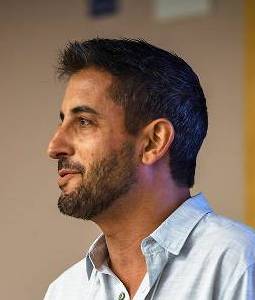 I work in political philosophy and ethics. In political philosophy, I focus mainly on two areas: questions about how realistic or idealized political philosophy should be, and questions about the agency of justice, that is, about who or what can and should make society just. In ethics, my current work is on various topics related to human well-being (including dependency, regret, love, power, technology, etc.). In addition to a few papers and contributed chapters on these topics, I am currently at work on a book that brings together several of them, tentatively titled Taking Pluralism Personally.

You can read an interview with me on the web site "What is it like to be a philosopher?".

Select Works in Progress (if interested, email me for more information):

"One True Love" - I defend a naturalized, demystified version of the idea that some people have one and only one true love, and then use that discussion to approach a better understanding of the value of uniqueness.

"The Case Against Politicians" - I expand on classic arguments against politicians, arguing that not only are politicians bad for democracy, but that being a politician is likely bad for the politicians themselves. We then suggest a way that democracies could flourish without politicians.

"The Agency of Justice and the Limits (if any) of Political Philosophy" - If, as a matter of fact, people would not comply with a principle of justice or the laws or policies that follow from it, is that a reason to reject the principle? I argue that the answer to this question depends on who is responsible for justice.

“Why We are Wrong about Dependency” - I argue that on the most reasonable conception of dependency, we are all roughly similarly dependent. I then argue that various grounds for objecting to dependency , including appeals to independence, achievement, autonomy, function, cost, and social stigma all fail.

“A Little Reality is a Dangerous Thing” - One argument for engaging in realistic or "non-ideal theory" in political philosophy is that over-idealized thinking will lead to various "bad effects." I argue that if we are realistic about our capacity for being realistic, though, we should conclude that attempts to be realistic will lead to bad effects, too.

“Idealization in Contractualism” - This paper presents a new version of the "redundancy criticism" of contractualism. I argue that the idealization of the contracting parties shows that agreement does not do the justificatory work contractualists think it does. Instead, this work is done by pre-contractual evaluative judgments.

“Idealization, Indeterminacy, and the Agency of Justice” - I argue that the answer to what our principles of justice should be depends on answering the question about whose job justice is, and that this latter question depends on empirical information that is impossible to ascertain under so-called "ideal theory." Ideal theory is thus critically indeterminate.