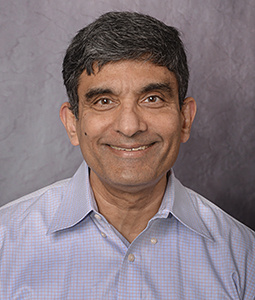 Dr. Purohit has done several decades of research in neutrino physics, and heavy quark experiments at Fermilab (E691 and E791, the latter of which he was co-spokesperson for two decades), at SLAC (BaBar, on which he had key leadership roles), at CERN (ATLAS) and at KEK (Belle/Belle II). His group at South Carolina tested all the TOP readout boards for Belle II and is working on two publications from Belle data (having published one already). These are a search for direct CP violation in charged B decays and a search for a rare B decay involving pi-zero mesons in the final state, and are ongoing collaborations with former South Carolina graduate students. Overall, he has well over a thousand publications and a h_HEP index of 171.