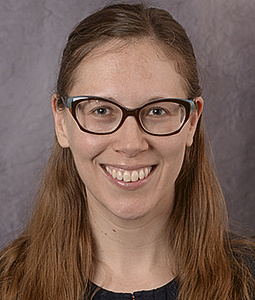 Professor Miller received her PhD from the University of Missouri in 2010. She joined the USC faculty in 2013. She teaches courses on public administration and public policy.

Broadly, Professor Miller’s research examines the consequences of institutional and program design for policy implementation and outcomes. Her work has been published in a number of journals, including the Journal of Public Administration Research and Theory, Political Research Quarterly, and Legislative Studies Quarterly. To support her research, Professor Miller has received funding from the IBM Center for the Business of Government (with Lael Keiser) and the Center on the American Governor at the Eagleton Institute of Politics, Rutgers University.

Miller, Susan M. 2015. “The Relationship Between Short-term Political Appointments and Bureaucratic Performance: The Case of Recess Appointments in the U.S.” Journal of Public Administration Research and Theory 25(3): 777-796.

Nicholson-Crotty, Jill and Susan M. Miller. 2012. “Bureaucratic Effectiveness and Influence in the Legislature.” Journal of Public Administration Research and Theory 22: 347-371.