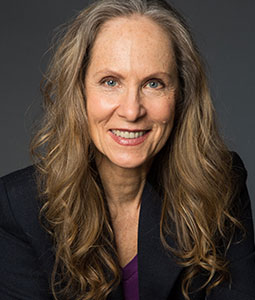 A member of Actor’s Equity, Hunt has acted professionally in the US, Canada, Europe and Japan. She worked for over a decade with Tadashi Suzuki, performed in Tokyo and Kanazawa in Opium, a joint Pacific Performance Project/Theatre Group Tao production under the direction of Kenji Suzuki, studied and performed in Kyoto under the direction of Shogo Ohta, and between 1994 and 2000 performed frequently at the Actor's Theatre of Louisville, under the direction of Jon Jory. Hunt was co-founder and first artistic director of the San Diego Public Theatre and co-heads the Pacific Performance Project/east, now based in Columbia, SC. In 2001, she received the University of Washington Distinguished Teaching Award. Most recent acting roles include Dottie in Noises Off, the title role in Mother Courage and Ranevskaya in both Gravity (Connelly Theatre, NYC) and The Cherry Orchard Sequel at LaMaMa. Hunt performed in the New York debut of Peter Kyle Dance as Miss Haversham in To What Extent at the Henry Street Settlement/Abrons Arts Center in Fall 2007, and in 2000, appeared in another Kyle dance, Going. She has created several evening length dance/theatre pieces, including the trilogy Suite For Strangers, which had its Seattle debut in 2004. Other dance/theatre collaborations (with Peter Kyle and Steven Pearson) include: Myra's War, Prix Fixe, and Shogo Ohta's The Water Station (Mizu No Eki). She appears in the January 2008 article "Shaping the Independent Actor," in American Theatre Magazine. Her work can be viewed at the Pacific Performance Project/east website (P3east.com).