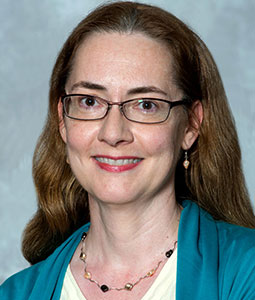 Dr. Amy Lehman is the Director of Graduate Studies and Head of the MA program in the Department of Theatre and Dance.  She is a Theatre Historian who has published and presented research on issues of 19th century performance and theatre. Her book titled Victorian Women and the Theatre of Trance: Mediums, Spiritualists and Mesmerists in Performance was published in 2009 by McFarland. Recent scholarship has included presentations on “Double Consciousness in Victorian Acting” and “Spiritualist Phenomena as Historical Evidence” for the annual conferences of the North American Victorian Studies Association conferences.  Dr. Lehman is on the Board of Editors for Etudes, an online peer reviewed theatre journal.  She teaches graduate and undergraduate level courses in Theatre History (from Greek to Post-Modern), Text Analysis, Periods and Styles, and Dramaturgy. She is currently researching and working as Dramaturg on a new play called Savage, about Ota Benga, an African pygmy brought to the United States for exhibition at the St. Louis World’s Fair in 1904.