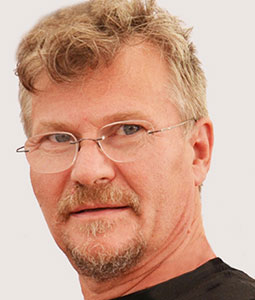 Professor Ularu has extensive design credits in USA and Europe, including theatres in Sweden, Northern Ireland and Romania. Nic Ularu was the head of scenography at the National Theatre of Bucharest - Romania, and served for four years as a board member of The European League of the Institutes of the Arts (ELIA), Amsterdam, The Netherlands. He has taught scene and/or costume design in Romania, Germany, Sweden, UK, Italy, Denmark and Hong Kong. Prior to USC, he taught at Smith College, National Theatre School of Denmark and The University of Theatre and Film, Romania. In 2003, Professor Ularu received an OBIE award for outstanding achievement in Off-Broadway theater. Ularu’s designs appeared in the USA entries at the Prague Quadrennial International Exhibitions of scenography in 2007, 2003 and 1998. In 2005, Nic co-designed the exhibit and designed the poster of the World Stage Design Exhibition, Toronto - Canada, and was appointed by the United States Institute of Theatre Technology as the leading designer and curator of the USA National Exhibit at the Prague Quadrennial International Exhibition of 2007.