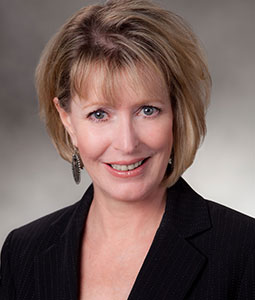 Diane B. McGhee Valle is the previous Head of Dance Education for the University of South Carolina, where she has also taught dance history and world cultural dance forms. She was awarded the 2011 Top Citation from the National Dance Education Organization for the best national presentation and research in the field of dance. She is pioneer of the Repertory Etudes™ Educational Project, a ten year research and development project providing new access and methods of teaching dance masterworks in American education. Diane has been Dance Education Coordinator and developed the graduate programs for the University of North Carolina at Charlotte and Winthrop University in South Carolina. She is Associate Professor Emerita of Dance and Director Emerita of the Arts for Children Interdisciplinary Program at the State University of New York, College at Brockport. She has prepared dancers for teacher licensure in three states and led New York’s unique arts certification for regular classroom and early childhood educators. Diane is former Director of the Southeast Center for Dance Education, an author, artist, and international presenter. She has delivered significant presentations in Montreal, Canada and Cairo, Egypt; she was selected for an International Education Policy Round Table, at Oxford University in Cambridge, UK. Diane’s 1986 choreography Appalachia remains in the repository of the Jacob’s Pillow Dance Festival and The New York Public Library for the Performing Arts - Jerome Robbins Dance Division. She has been honored in the City of Boston by Fidelity Investments Corporation for her contribution to youth through education and dance. She has served as Education Consultant to the American Dance Legacy Institute and to the New York State Summer School of the Arts School of Dance in Saratoga Springs New York, located at the National Museum of Dance. Diane is recipient of numerous technology, service, innovative program, and research awards, including from the National Endowment for the Arts, the Dana Foundation, the South Carolina Arts Commission, General Electric, and many more. She has founded several professional dance institutes and served as board member for local, state, national, and international associations. Her biography is included in Marquis’ Who’s Who in the World, Who’s Who in America and Who’s Who of American Women.