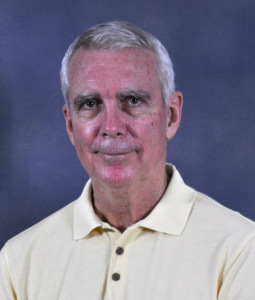 Our group is the leader worldwide in the development of the chemistry of tris(pyrazolyl)methane ligands. These ligands, the neutral analogs of the extensively investigated, isoelectronic tris(pyrazolyl)borate ligands, were not studied extensively prior to our work because they were difficult to prepare. We have now dramatically improved these preparations making the whole family of HC(3-Rpz)3 (pz = pyrazolyl ring;R = Ph, Pri, But) ligands and HC(3,5-Me2pz)3 readily available for the first time. We have functionalized these new ligands to prepare a number of new polytopic ligands (those with multiple pol(pyrazolyl)methane units in a single molecule), a development that represent the first major effort to prepare “third generation” poly(pyrazolyl)methane ligands. Third generation ligands are specifically functionalized at the non-coordinating, “back” position, distal from the metal environment, for the purpose of appending new/desired functionality into the systems under study while not impacting the direct environment about the metal.

We have developed unusual chemistry of many different metal system with these ligands. A particularly exciting example is the reaction of M(BF4)2 compounds with Lm resulting in fluoride abstraction leading to the complexes [M2(u-F)(u- Lm)2](BF4)3 (see figure 1 for M = Fe structure) in which a single fluoride ligand and two Lm molecules bridge the two metal centers. The M = Fe complex shows weakly antiferromagnetic behavior.

In a separate project we have used tris(pyrazolyl)methane ligands to prepare new iron(II) complexes that show very unusual spin properties. The complex {[HC(3,5-Me2pz)3]2Fe}(BF4)2 is fully high spin from 350 K to 206 K then undergoes an abrupt spin change to a mixture of high and low spin forms, an unprecedented result. It also undergoes a solid-state phase change at 206 K, a change we have observed for other analogous complexes of first row metals showing that the phase change drives the spin-state change. In recent work we are studying the effects of controlling spin-crossover effects by manipulating the supramolecular structures of the compounds. We have synthesized a new family of “third generation” poly(pyrazolyl)borate ligands. Using these ligands we have been able to show that subtle changes in either molecular or supramolecular structure can greatly influence the spin-crossover behavior of iron(II) complexes. The figure shows the three dimensional structure of one polymorph of Fe[(p-IC6H4)B(3-Mepz)3]2 where the highly organized structure prevents the molecules from undergoing spin crossover at low temperature.

Incorporating the 1,8-naphthalimide group into bis(pyrazolyl)-methane ligands allows the asscoiation of their metal complexes into directionally ordered dimers by strong π-π stacking interactions in both solution and solid-state, as pictured. The incorporation of this π-bonding group into acetate ligands leads to the formation of paddlewheel metalladimers with very unusual supramolecular structures held together by non-covalent forces, as pictured in Figure 2.