Fake news isn't what you see in your local newspaper

Posted Sept. 28, 2017
By Dr. Tom Reichert, dean of the College of Information and Communications

Fake news. It's a phrase that became the most memorable takeaway from Election 2016 and the political hangover that still resonates today. It should come as no surprise that Oxford Dictionaries proclaimed the 2016 word of the year to be "post-truth," an appropriate adjective for an era in which some news consumers are less concerned with whether or not something is true than they are with how it makes them feel.

Like buzzwords, the term "fake news" has been tossed around indiscriminately. No one is immune from the accusation.

Even rigorously investigated stories from The New York Times and The Washington Post have been labeled outright falsehoods by consumers who'd prefer news that confirms their own biases.

But fake news does not originate from newspapers. In reality, it's often generated by companies looking for an easy profit, pushed out through social media newsfeeds and fanned by extremists and foreign governments.

While fake news isn't a new phenomenon — just look at the political forward emails that made the rounds 20 years ago - America's shift toward online news sources has made consumers susceptible to dangerous misinformation. A 2016 Pew Research Center study found that more than 60 percent of U.S. adults get news from social media. That trend might seem innocuous, but when one news story can go viral and ignite a cultural movement in a matter of minutes, truth matters.

Unfortunately, it's becoming more difficult for consumers to differentiate between what's true and what's not.

Compounding the problem are politicians and other powerful figures who seek to discredit honest journalism.

Regardless, newspapers are not the ones peddling fake news. Open a local or national newspaper, and what you see is the product of trained journalists bringing you carefully sourced stories about crime, government, business, sports and issues of public interest. These stories impact our lives.

Most journalists are trained at universities and programs like our School of Journalism and Mass Communications at the University of South Carolina.

For 94 years, we have been teaching students to write, make sense of data, interview and dig deep to hold those with our public trust accountable. The only agenda our students and alumni possess is a passion for the profession and a sense of service for our country.

We know good journalism is real. So, how do we undo the damage done by fake news and reaffirm public trust in newspaper journalism?

The short answer is there is no easy fix. Fake news is here to stay.

But newspapers can influence public opinion by continuing to uphold a high standard of journalistic integrity. A recent survey from Gallup found that confidence in newspapers, while low, is now rising in response to politically motivated attacks on investigative efforts. The same survey found that confidence in internet news is at an all-time low.

The fake news epidemic may, it turns out, provide an opportunity for newspapers to re-brand themselves as trusted places to turn for real news.

The onus is also on educational institutions to teach students how to distinguish real stories from fabricated ones.

We're doing that here at USC. Information literacy is one of the tenets of our Carolina Core curriculum, meaning we provide each student with the foundation needed to gather, understand and share information. 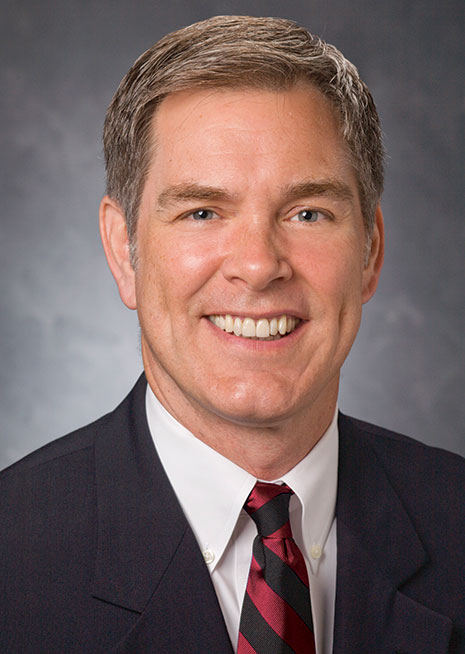 Dr. Tom Reichert is the new dean of the College of Information and Communications.