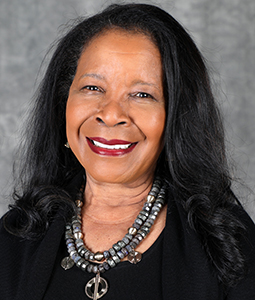 She previously served as director of the Elliott School of Communication at Wichita State University, founding chair of mass communication, journalism and communication programs at Norfolk State University, University of North Florida, and Prairie View A&M University. She was also instrumental in establishing the Journalism Leadership Institute for Diversity, a pipeline program to attract women and people of color to leadership roles in higher education. She has worked in university relations and advancement, public television, and is a former staff writer at the Virginian-Pilot as a fellow of the American Society of Newspaper Editors' Institute for Journalism Excellence.

Carter's research interests include women and leadership, diversity issues in higher education, specifically in journalism and mass communication, and multicultural images in the media. She is the author of several articles and presentations on diversity, journalism and mass communication education and leadership. Her most recent publication includes two entries in The Multimedia Encyclopedia of Women in Today's World, SAGE publications, Inc., 2013. Carter is also co-editor of Mass Communication and the Information Age, Vision Press, and several textbook chapters on public relations, advertising, religion and the media, and film. She is completing a book on women and leadership.

Carter's teaching areas include public relations and media management, and multicultural communication. In her teaching, Carter draws on her professional background in higher education leadership and media management to teach courses in public relations management at the University of South Carolina. She joined the faculty as a full professor in 2003, and began teaching full time in 2008 after serving as founding director of the school. She was the recipient of the Mortar Board Teaching Excellence Award in 2013. Carter attributes her passion for teaching to wisdom shared by Maya Angelou, "When you get, give. When you learn, teach."

Dr. Shirley Staples Carter is the first to hold the position of associate dean. She will represent both the School of Journalism and Mass Communications and the School of Information Science on the university’s Council of Academic Diversity Officers.