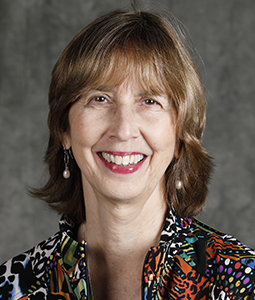 Carolyn Click, a journalist with more than 35 years of experience, teaches reporting and narrative writing in the Senior Semester Capstone program.

After a stint at the weekly Virginia Gazette in Williamsburg, Click spent a decade at United Press International, where she covered the Virginia legislature and the administrations of Jerry Baliles and L. Douglas Wilder.  She was named UPI’s Virginia state editor for UPI in 1989 and supervised a staff of eight at the wire service.  Click was named health and medical writer at The Roanoke Times & World News in Roanoke, Va., in 1992, then came to The State in Columbia, S.C. in 1994. At The State, she worked as an editor supervising the governance and quality of life staffs before returning to reporting. She has covered civil rights, religion, and prison issues and written lengthy personality profiles.

Click was a recipient of the 2003 James K. Batten Knight Ridder Excellence Award for coverage of civil rights and has made appearances on public radio and television, including “Walter Edgar’s Journal.”

Click is married to Henry “Jay” Taylor and is the mother of two children, Catherine Ann Forrest Taylor and Henry Taylor.

Reporting live outside our newsroom
At an extraordinary moment in American history, Carolina News & Reporter students rise to the challenge of reporting from far-flung places.