Students in the multimedia section of the Intermediate Reporting and Production class, had a busy fall leading up to Election Day. Working with The State newspaper, the six students in Doug Fisher's class provided a complete package of stories and multimedia elements examining Lexington County's attempt to get voters in one of South Carolina's most conservative counties to approve increasing the sales tax from 7 percent to 8 percent.

Students wrote the stories, took the photos and gathered extensive audio to allow readers to hear directly from those involved. The package included profiles of the key influencers in the campaign as well as an explanation of the critical early role of social media. There were also in-depth looks at the issues raised in some of the county's population centers:

The package ran in The State from Oct. 27 - Nov. 1, often on the metro section or business section front pages, and was consolidated at Columbia Voice, the online site for Fisher's beginning and intermediate reporting classes, where readers could access all the stories and take a quiz on the tax increase proposal, see an interactive time line and look at an interactive map summarizing the issues in each area.

On Election Day, the students were at the polls in Lexington and Richland counties, helping to measure voter turnout and gauge voter sentiment for The State. 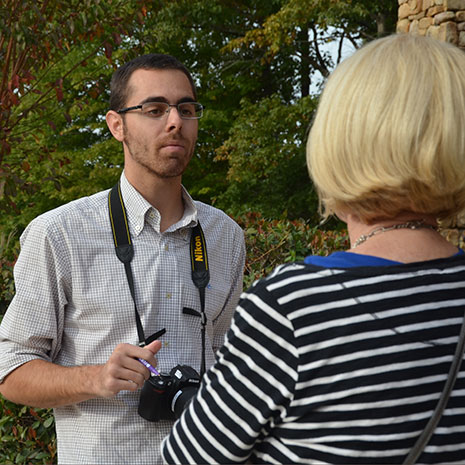