Eva Pilgrim, a 2004 graduate of the School of Journalism and Mass Communications, has recently been announced as one of two new anchors on ABC News’ Good Morning America Weekend Edition.

"When Eva was a member of the Carolina News team back in 2004, I recall how much she enjoyed reporting,” said Rick Peterson, who taught Pilgrim’s senior semester class. “She always seemed like someone who loved coming in every day to the newsroom. I'm thrilled to hear of Eva's promotion at ABC News.  It's a tribute to her dedication and hard work."

After graduating from the University of South Carolina, Pilgrim began her career as a web producer in Columbia. She then began anchoring and reporting in West Virginia, Indianapolis and Philadelphia before joining ABC News in 2016 as a correspondent.

“Eva’s success is a testament to her hard work and her passion for journalism,” said Dr. Andrea Tanner, director of the School of Journalism and Mass Communications who taught Pilgrim when she was at USC.  “Eva is a smart, kind, down-to-earth person with a great sense of humor — someone you want as a colleague in your news organization and on the air, connecting with viewers.  I can’t wait to watch her.”

With ABC, Pilgrim has covered breaking stories such as the 2017 protests in Charlottesville, Minnesota’s reaction to Prince’s death, and the investigation of his death that followed. Additionally she has spent countless hours on the ground during multiple hurricane seasons — covering Hurricane Matthew, Harvey, Irma, Maria and most recently, Florence.

In November 2016, Pilgrim was given the Distinguished Alumni Award by the School of Journalism and Mass Communications for her achievements since graduating. This award is given to graduates of the school who have demonstrated a history of exemplary work in their professional careers and who have been out of school for at least 10 years.

Pilgrim and Whit Johnson, the other new addition to the show, will work with current anchor Dan Harris to continue building upon the show’s recent success. For the sixth consecutive season, GMA was the most watched morning show.

James Goldston, the president of ABC News, was proud to welcome Pilgrim and Johnson to the GMA team. He said, “Since arriving at ABC they have both shown incredible versatility behind the anchor desk and on location.  You have seen them fill-in many times over the past year and I’m so pleased they will become permanent members of the GMA family.” 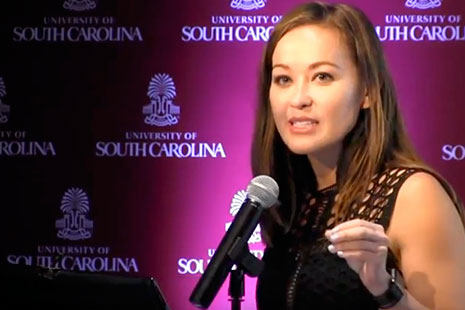 Back to the Future

Watch Senior Instructor Rick Peterson's introduction of Eva Pilgrim and hear her comments upon receiving the Distinguished Alumni Award from the Uof SC School of Journalism and Mass Communications. 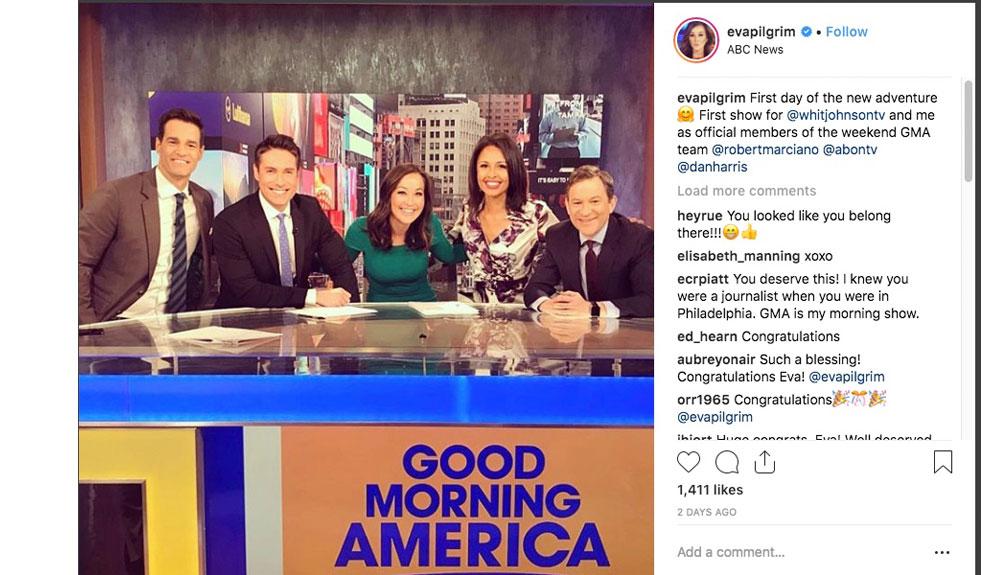