Pepsi proved to be much more than just OK when its “Is Pepsi OK?” ad took the top spot in Cocky’s Super Ad Poll.

Now in its 16th year, the Super Ad Poll is part of Professor Bonnie Drewniany’s Super Bowl Commercials class. Students learn how brand identity, likability and persuasiveness can make an advertisement memorable. When it’s time for the big game, they gather at the School of Journalism and Mass Communications to watch the commercials and apply what they’ve learned.

Drewniany says companies need to excel in all three categories if they want to get their money’s worth.

“Most polls look at likability but that alone doesn’t make it a good ad,” Drewniany says. “You may love an ad and remember every nuance of the plot but forget the brand being advertised. That’s entertainment, but it’s not good advertising. The brand message also needs to be persuasive. If it’s not all three things, then it’s not worth the high price tag of $5 million for 30 seconds of airtime.”

The award-winning ad stars Steve Carell, with cameos from musicians Lil’ John and Cardi B. Fed up with hearing waitstaff ask “Is Pepsi OK?,” Carell interrupts a restaurant order to explain exactly why Pepsi is, in fact, much more than OK.

“I really liked the Pepsi one just because it was so relevant,” said advertising major Jack Landess. “You could tell they did a lot of research beforehand just with the whole ‘Is Pepsi OK?' campaign, because when you go to a restaurant you oftentimes order a Coke, and then the waiter or waitress says ‘Is Pepsi OK?’”

Students weren’t the only ones judging the commercials. Public participation was encouraged through an online poll on the event’s website, which allowed voting through 9 p.m. Monday. These results are used to gauge the sentiment of the local community — in previous years, they’ve even been used to break a student tie. This year, the NFL’s “100-year Game” commercial earned the highest marks from viewers at home, particularly in the likability category.

One commercial that didn’t fare well in likability was Michelob Ultra’s “The Pure Experience,” which paired Zoe Kravitz with stunning nature visuals to push the brand’s new organic beer.

“It was trying too hard to make me happy and it just made me uncomfortable,” said journalism major Tori Robert.

While the Super Bowl Commercials class is often touted as one of the University of South Carolina’s “fun” electives, students come away from it with a comprehensive understanding of the techniques companies can use to connect with consumers through advertising.

“One thing I’ve learned is that it’s really important for a company to take time and consider their market and their strategy,” said public relations major Kenya Glenn. “That leads to their advertising which leads to how big of an impact their company has and how well their company thrives. It’s really important to sit back and look at that so we know how to do that when we get in professional careers.”

The Pepsi advertising team will be invited to campus later in the semester to receive the coveted Cocky Award and share behind-the-scenes stories about how the commercial was made. 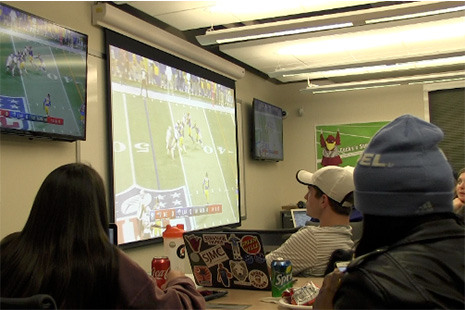 The Super Bowl of Advertising Class 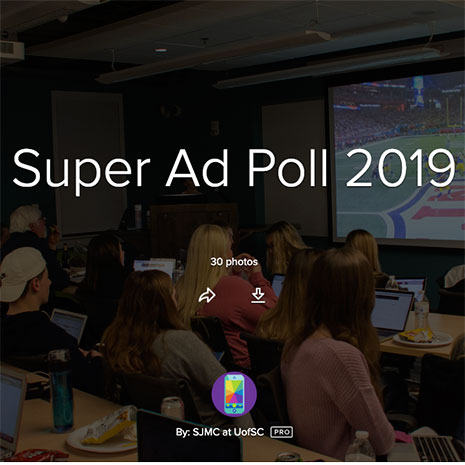