The college mourns the death of Judy VanSlyke Turk, the eighth dean of the College of Journalism and Mass Communications, who died in Richmond, Virginia, on May 2 after a long illness. Turk took the reins in 1991 after the retirement of Joseph W. Shoquist, becoming the first woman to hold the position — and at 43, the youngest.

In her first interview after joining the college, Turk said she favored a hands-on, very visible, very involved management style. "The best way to learn about a place is to roll up your sleeves and get involved," she said. "One of the most exciting challenges is to be a lightning rod for the faculty and the students, sparking creativity and being a sounding board getting people to talk about things."

Van Kornegay, an associate professor in the School of Journalism and Mass Communications, remembered Turk as a tireless “let’s get stuff done” kind of leader. "You could always hear her coming down the circular halls of the Coliseum before you ever saw her — her heels clicking at a staccato pace and often accompanied by her distinctive, rowdy laugh."

Turk earned a Ph.D. from Syracuse University, a master’s in public relations from Northern Illinois University and a bachelor’s in journalism from Northwestern University.

She had a professional background in both journalism and public relations, having worked as an AP reporter in Chicago and for the Morning Advocate in Baton Rouge, Louisiana, as well as a corporate communications officer for Continental lllinois National Bank in Chicago. Prior to joining South Carolina, Turk served as director of the School of Journalism and Mass Communications at Kent State University and earlier as assistant director of the journalism school at the University of Oklahoma.

Stephens also credited Turk  with crucial additions to the graduate program — the first doctoral students arrived in 1995 — and in the enhancement of the school's national and international profile.

"Dean Turk championed our proposal for a doctoral program and worked tirelessly to see its approval," he says. "Her leadership in national journalism and mass communications educational organizations purchased considerable credibility with the provost and president and, ultimately, with the Commission on Higher Education."

Early on, Turk embraced international travel for faculty and students. In the summer of 1994, the college had faculty-led student groups in France, Romania, Ukraine and Trinidad. Additional trips were added in subsequent years.

"Our newspaper and magazine students already have 'senior semester' experiences, producing lab newspapers and magazines," Turk said. "Now, our broadcasting students also will have a similar opportunity."  And with the advent of the internet, the Carolina Reporter began an online edition — displaying news copy, photos and informational graphics on the World Wide Web.

Turk also guided the college through an accreditation and a year-long 75th anniversary celebration (1997).

On a personal level

Turk influenced many students and young professionals throughout her storied career. George Johnson, a retired public relations executive and former adjunct instructor at South Carolina, says she inspired him to return to college at age 49 for his master's degree.

"I graduated in 1996 and was inducted into the Public Relations Society of America’s College of Fellows a few months later, with Judy hanging my medallion," he says. "I’ve always been grateful for her mentoring, encouragement and mostly for her friendship, which led to 20-plus years as an adjunct professor, one of my most fulfilling life experiences."

While dean of the college, Turk received PRSA's Outstanding Educator of the Year Award and served as president of the Association for Education in Journalism and Mass Communications. In response to being named a co-recipient of the university's sixth annual Affirmative Action Award by the Black Faculty and Professional Staff Association, Turk said, "While the award recognizes an individual administrator, I'll be accepting the award on behalf of the faculty and staff of the college, not just on my own behalf."

In 1999, Turk took a leave of absence to become the founding dean of the mass communications program at Dubai's Zayed University in the United Arab Emirates. She later wrote, "What started as a nine-month leave of absence from my duties and responsibilities as dean of the College of Journalism and Mass Communications has turned into a unique experience and the realization that never again will I lead an 'ordinary life.'" She remained in Dubai and Ron Farrar was named interim dean of the college. 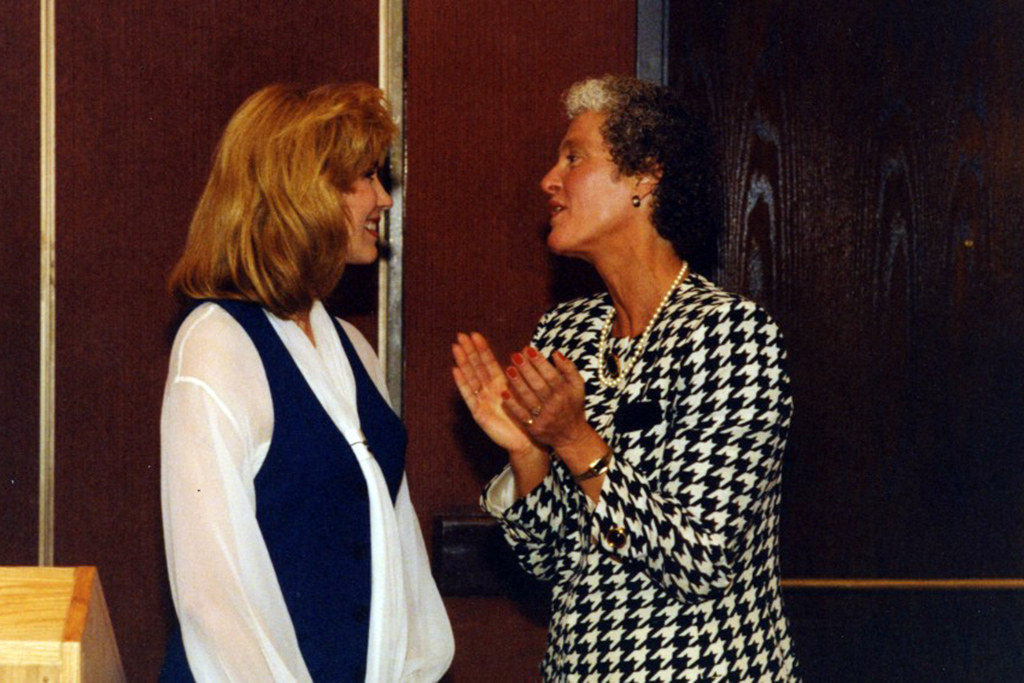