Students in the School of Journalism and Mass Communications were recognized and awarded for their involvement and academic achievements at an awards reception Thursday, April 21.

Among those recognized at the ceremony were seniors selected by faculty for top honors in their academic sequences.

Click on one of the following to go directly to the sequence awards: 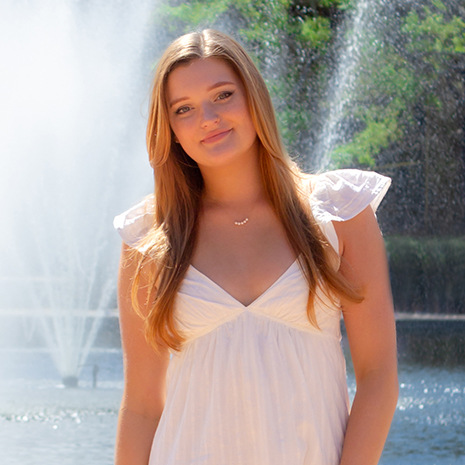 Clair Bryant has demonstrated excellence in creative leadership during the national student advertising competition which helped her stand out as the outstanding advertising senior.

She has strong skills in art direction, design, and layout which helped drive the AdTeam plans book and creative executions.

Her outgoing personality and willingness to jump in and help out with various projects is another area of strength. After having Clair in multiple classes it was obvious that she deserves this award. 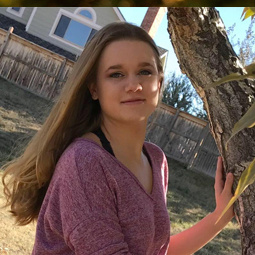 The media plan which was mainly based on digital media and WOM advertising (like social media influencers and brand ambassadors) was compelling and effective.

Brinna also did an excellent job as a project manager for the NSAC team. 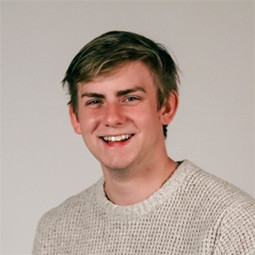 Alex Finger excels in all areas of advertising; however, it is his passion for data science and planning that makes him the 2022 UofSC Outstanding Advertising Senior for Strategy.

One outstanding example is his accomplishment as the team captain in Interactive Communications Strategies where Google paired his team with a nonprofit, With My Own Two Hands Foundation. He helped design the campaign to meet the client’s awareness goals by implementing A/B Testing, updating keywords to increase impressions, and managing a $10,000 budget. Before Alex’s team launched the campaign, With My Own Two Hands had only 69 clicks over 78 weeks. His team achieved 54 clicks in six weeks with 41 becoming conversions. The campaign finished with more than 4,000 impressions over six weeks – an average of nearly 700 impressions per week.

Most important, Alex helped his client raise awareness about the water crisis in Sub-Saharan African while increasing donations. 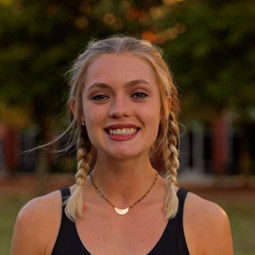 Lia Petramale's focus on art direction, design and layout was key to the success of the national student advertising competition course.

Her diligent work with color, typography and balance make her work stand out amongst all other students. She has a keen eye for creating brand assets to be used across an entire campaign and a firm knowledge of what to do with branding and identity.

Lia is a team player that has always been willing to collaborate with other students. 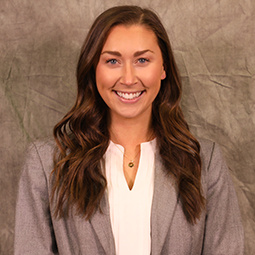 Alyssa Ross excels in both the creative and strategic processes of advertising.

She receives the 2022 SJMC Outstanding Advertising Senior Award for Research because of the excellent secondary and primary research she conducted for the UofSC National Student Advertising Competition Team.

She also holds a perfect GPA of 4.0 and has recently been hired by Nebo, a digital advertising agency in Atlanta. 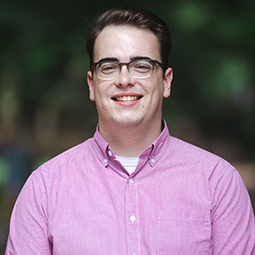 Ben demonstrates a strong background and interest in social media from his work experiences. He is the team captain of the social media listening project in the Account Planning class, where he led the entire group to produce an extremely well-written and insightful report for the client.

Ben has demonstrated extraordinary analytic and writing skills in his coursework.

He also possesses in abundance several attributes that are the hallmark of a successful academic: ambition, diligence, humility, indefatigability, intellectual curiosity, intelligence, respect for diverse opinions, among others. 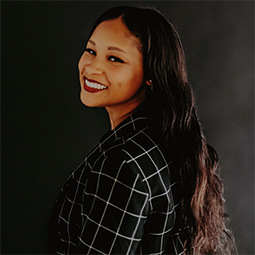 Makayla Evans has been an outstanding reporter on the Carolina News team this spring semester. During her years at UofSC, her professors have recognized her team leadership skills and commitment to excellence.

Makayla interned for the TODAY Show, where she assisted in the production of the show and enjoyed logging feeds for the 2020 Tokyo Olympics.

Makayla was recently hired as a reporter for WMBF in Myrtle Beach, South Carolina. 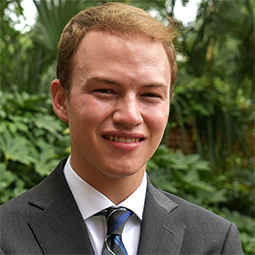 Flynn Snyder was an outstanding reporter on the Carolina News team in the fall of 2021.

His stories about UofSC students getting trampled at a football game in the fall and researchers investigating the sinking of a submarine during the Civil War have been nominated in the Society of Professional Journalism contest this spring.

He is now working for WTOC in Savannah, Georgia, where he has recently covered extensive tornado damage in his region of the state.  See some of his stories. 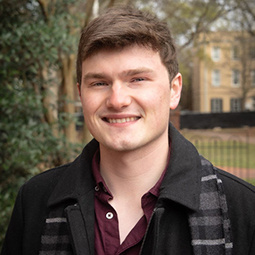 This award, named for one of the school’s former deans, recognizes an outstanding graduating senior in journalism.

This award is meant to honor “student(s) who exhibit significant interest in the pursuit and communication of truth and aspire to careers in journalism.” It’s hard to find better words to describe Nick.

Nick has been a managing editor of the Daily Gamecock – twice – spent last summer as an intern with The State and started his own newspaper for his hometown in Ohio after he lost an internship because of Covid. Read some of Nick's work»

In short, Nick has demonstrated his commitment to journalism in and out of the classroom, pushed himself to take on challenges and has lifted others by sharing his skill and talent.

This award, named for a former dean of the College of Journalism and Mass Communications, who later became president of the University of South Carolina, recognizes an outstanding graduating senior in journalism. Emma and Connor produced impressive work as students. They won two of three student awards in the national 2021 Best in Business content hosted by the Society for Advancing Business Editing and Writing. 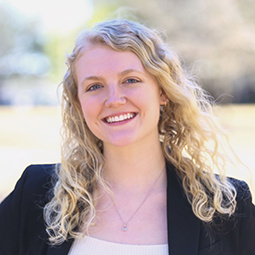 Emma spent last summer writing dozens of stories for the Nashville Business Journal and seeing a new side to her hometown. Her work for Carolina News and Reporter is a good indication of her growth as a journalist. Emma was selected for the Dow Jones News Fund data journalism program and will be an intern with SpotlightPA this summer. 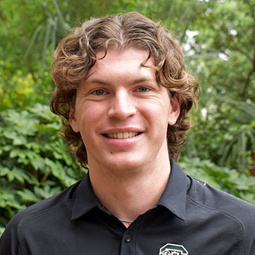 Connor was an intern for The State last summer following his newfound interest in business and economics news. He carried that interest into his reporting for Carolina News and Reporter and will do so again as an intern with The Wall Street Journal this summer.

The mass communication sequence selects the senior with the highest grade point average as its most outstanding senior.  However, there are two winners because they have the same GPA. They both have a perfect 4.0 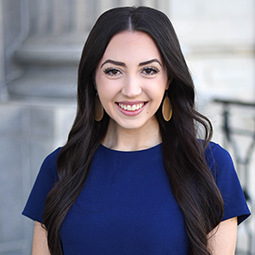 Annalise Bennet is an honors college student from Simpsonville, South Carolina. She's participated in five internship experiences, including one with the Columbia Chamber of Commerce and one with South Carolina Appleseed legal justice center, which works on advocacy efforts to support low income south Carolinians.

She became interested in attending law school while helping Dr. Eric Robinson of our faculty edit a textbook for his media law class in the fall. She will attend the university of Colorado at Boulder law school. 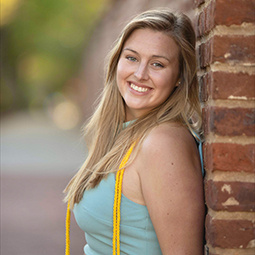 Rayanna Capee, a Capstone Scholar, served as a resident mentor at UofSC while also obtaining certification in social media strategy and analytics.

After graduation, Rayanna will serve as a collegiate missionary through Shandon Baptist college ministry for the UofSC campus. 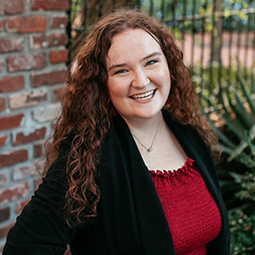 Kynsay's commitment to public relations led her to serve two years on the UofSC PRSSA executive board, where she helped the social media team integrate PRSSA into the University's branding, fostered in-person chapter engagement following a year of virtual meetings, and brought the PRSSA Southeast District Conference to Columbia for the first time.

She’s been involved in The Carolina Agency as a member of the Research & Insights Team, and she was one of five students selected for this year’s prestigious PRSSA Bateman Case Study Competition Team.

After graduation, she will be relocating to Seattle for a public relations internship in the Social Impact practice of Weber Shandwick. 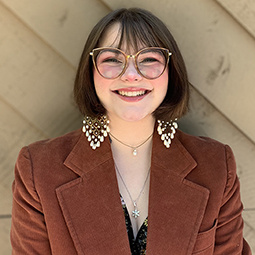 The Inclusive Excellence Award in Public Relations recognizes a public relations senior who exemplifies the value of diversity and inclusion by supporting communities of multiple identities in the field of public relations by creating a more inclusive community across campus and/or the industry and by promoting awareness of cultural and diversity issues.

They have worked in the journalism, cosmetics, entertainment, and medical industries, all of which require various cultural understandings. On campus, they have worked with The Daily Gamecock, the Garnet & Black Magazine, and the Peer Writing Center to amplify student voices, encourage diversity, and intensify inclusive creativity at UofSC.

In each of their roles, they have worked collaboratively with fellow students and coworkers to help them respect and understand the intricacies of the LGBTQ+ community. 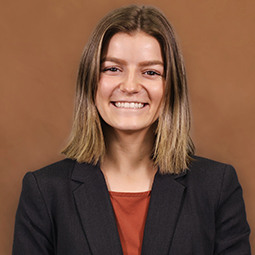 The Hugh Munn Award for Outstanding Community Service is named after a late faculty member who was the public information officer at the State Law Enforcement Department. It recognizes the public relations student who has shown the most outstanding contribution to community relations.

Aly Svinte has embraced getting involved in the University of South Carolina and Columbia community throughout her college experience. She served as an SJMC Student Ambassador and a University 101 peer leader. She was on the Ignite and Morale Team for Dance Marathon and volunteered at the local Children’s Hospital.

As a volunteer with CreateAthon, her team’s campaign for SASSGo was awarded runner-up in the competition. 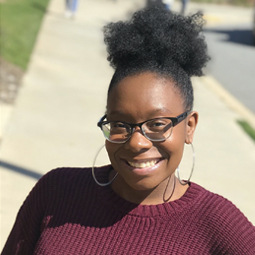 The Outstanding Public Relations Internship Award is presented to a public relations senior with a track record for excellent internship experiences.

Lauryn Jiles has demonstrated dedication and hard work in multiple internships in journalism, public relations and other business settings.

She has worked as a Digital Merchandising and Brand Writing Intern for Hasbro, one of the biggest toy companies in the world; an editorial intern at Hearst for CR Fashion Book; a buying intern for Ross Stores; and a PR and Social Media Intern for Fashion Community Week. In addition to these internships, she held freelance writing positions at multiple publications. 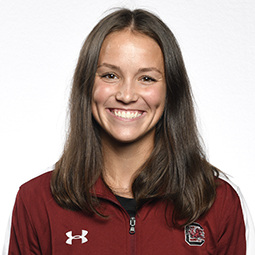 Kelsey Worthington is a Georgia native who moved to South Carolina to chase her dream  of being a visual communicator and college athlete.

She worked as a student designer for Garnet Media Group and as the marketing committee chair for the Student Athlete Advisory Committee.

Kelsey is a pole vaulter and team captain on the UofSC track team.

She hopes to be a creative director and work for a nonprofit, ministry or sports organization. See her portfolio. 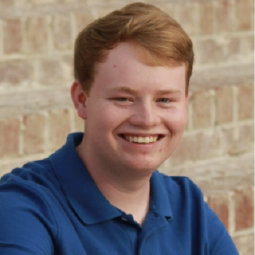 During his time at the University of South Carolina, Will Frame worked for creative services as a student designer for Garnet Media Group.

He has also worked as a freelance designer for small businesses in the Charleston area and for the Coastal Carolina Council BSA since 2018.

Will enjoys all things Gamecocks athletics and some of his best graphics reflect that passion.

Most recently he designed the Best of Carolina 2022 for Garnet Media. 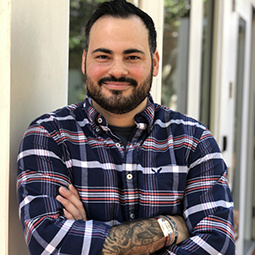 Ricardo started at UofSC as a non-traditional student to finish his undergraduate work. He chose the visual communications major because of the diversity of different mediums (photo, video and design) because great visuals are in great demand.

Within the program, he fell in love with photography as he  loves capturing the emotions of a still photograph. But when covering news for The Daily Gamecock, he learned the importance of being objective with photos. See Ricardo's portfolio.

Ricardo hopes to be an artist while also helping others view different perspectives, whether it is through photojournalism or fine art documentary photography. 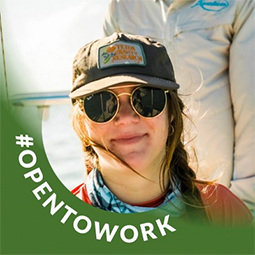 Sydney Miller is a skilled content creator who describes herself as "easily inspired, eager to create, and excited to make meaningful relationships." She has more than five years experience and specializes in video production and photography.