As Mayor Steve Benjamin’s adviser of policy and communications, she handles not only media relations, speechwriting, press releases and social media, but also policy implementation — for example, promoting new ways to create more affordable housing in the city.

“I don’t mind doing one thing one minute and another thing the next minute,” she said. “As long as I accomplish everything I need to accomplish that day, that’s all I really care about.”

Harper prefers to write in the morning. She answers emails and coordinates events in the afternoon, in addition to staffing the mayor for meetings and public appearances throughout the day.

All of these tasks are subject to interruption — either from reporters seeking information and quotes or from the mayor himself.

“The fact that I can do so many things, it’s kind of hard to stay focused,” she said. “On a regular day, we have work from the mayor. He emails us, ‘Let’s look into this, let’s discuss this, let’s do this.’ He has so many awesome ideas, it’s hard to keep up with him.”

Harper graduated from the University of South Carolina with a public relations degree in 2016. While at USC, she worked for a public affairs firm called the Campbell Consulting Group and for Sen. Mia McLeod (formerly a state representative), interned in the Office of the Mayor and was a team member at a tech startup — all in addition to her employment in the scholastic media office, where she said former SIPA and SCSPA Director Karen Flowers taught her interview tactics that stick with her today.

“Learning the right questions to ask is huge,” Harper said. “That’s actually really helpful as a PR person because you can kind of anticipate what people might ask the mayor. I can write answers for him a lot of the time because I kind of know what they’re looking for.”

Harper always wanted to pursue a career in journalism. She was involved in newspaper and broadcast at Fort Mill High School, but shifted toward public relations at USC.

“For my whole life, I’ve really liked to write,” Harper said. “I love writing. I realized that in broadcast, you don’t really get to write anything more than 30 seconds or a minute long, and that really wasn’t sufficient for me.”

Getting involved with SCSPA and SIPA was vital to Harper’s development as a journalist.

“I just loved that there were people like me who liked to write, who liked to research, who liked to report, who liked to interview,” she said. “I just liked being around people who cared about journalism. Journalism is a very serious, influential business. If you don’t take it seriously, it can have drastic effects on your country.”

Even today, Harper’s experiences at conferences and conventions still resonate.

“Knowing how journalism works is very important. I wouldn’t have been exposed to those things had I not been involved with SIPA or SCSPA or working in the office,” she said. “Even just knowing different things that different high schools do across the state or across the country with journalism was really important. I really enjoyed it, and I think it’s definitely been helpful to this day.”

“Keep taking your work seriously, because it seems like a lot of people aren’t these days,” she said. “Younger generations have a bad reputation for being lazy, but I’ve seen at SIPA conventions and SCSPA that people take it seriously. [They] are good at what they do, and they care about it a lot. They have the ethical background and morality to do the right thing and write the right story.”

She also stresses the importance of writing skills, regardless of profession.

“Whether you want to stick to journalism or go into something else, keep your network and keep writing,” Harper said. “Whether you’re writing a tweet or a ten-page article, if you can write, it sets you apart from others.”

Currently, Harper is writing the State of the City address for January and advocating for a job training program at the Katherine M. Bellfield Cultural Arts Center. Her vision is that the commercial kitchen to be housed at the Center would employ ex-convicts and the homeless, who, upon successful completion of a culinary training program, would be placed in chef jobs throughout the city.

“Columbia is a really great city. From a student’s perspective, you don’t always see that because you’re just focused on USC, but when you graduate you see all these amazing programs,” she said. “It’s such a blessing to be able to coordinate with people who make things happen in the city.” 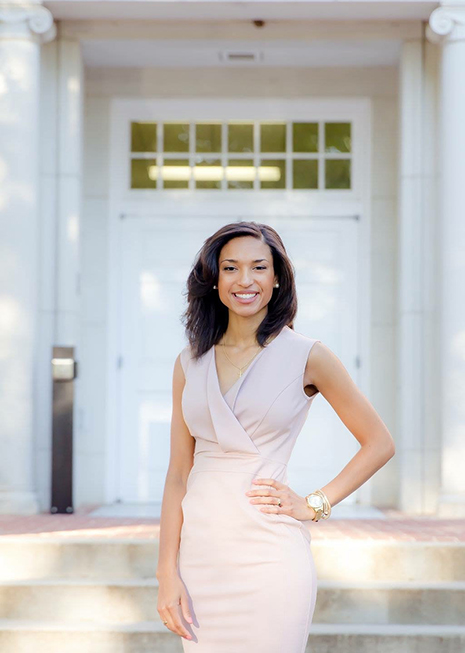 “I just loved that there were people like me [at SCSPA and SIPA] who liked to write, who liked to research, who liked to report, who liked to interview. I just liked being around people who cared about journalism. Journalism is a very serious, influential business. If you don’t take it seriously, it can have drastic effects on your country.”