The roles of public libraries during natural disasters

Public libraries can be critical to prepare for natural disasters, and three researchers from the School of Library and Information Science have set out to see how.

The flooding throughout South Carolina prompted Drs. Sam Hastings, Jingjing Liu and Feili Tu-Keefner to undertake this research as they received a $17,000 grant from the Office of the Vice President for Research to study this trend.

Public libraries are “the central hub of the community” that provide critical services during a natural disaster Hastings said.

Liu and Tu-Keefner said that because libraries are devoted to information services, people rely on them for credible information, particularly when they do not have access to television or the Internet.

All three see similar goals for the project once it has been completed. Hastings said the research shows “the role of the library in responding to the needs of the community.” Tu-Keefner said the study “attempts to show public libraries' value to our communities in the state of South Carolina, especially to vulnerable populations.” Liu posed questions ranging from types of services used and provided to social media use during the flood.

All three said that public libraries can be just as credible a source for information when preparing for natural disasters as police and fire departments.

The research, which continues, consists of an online survey for those who used libraries during the flood and focus group meetings with librarians and administrators on how they responded to the flooding.

The other portion consists of one-on-one, somewhat structured interviews with people who experienced the flood, from those who were flooded to Federal Emergency Management Agency workers and volunteers who helped with relief aid.

Those who want to participate can take the survey. Hastings, Liu and Tu-Keefner are seeking additional outside funding to continue with the project past May when it is supposed to end.

Brandon Gann is a first-year master's student in mass communications. 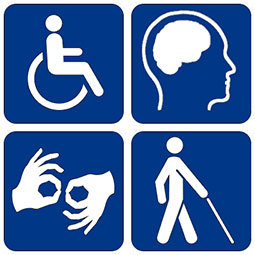 If so, we need your input regarding your experiences during the 2015 “1,000 Year” flood in South Carolina.