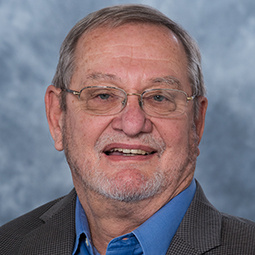 My research group focuses on heterogeneous catalysis, ranging from rational catalyst design and synthesis to characterization and evaluation. Current interests are in the design and synthesis of novel bimetallic catalysts for the selective transformation of hydrocarbons to higher value chemicals and for higher output PEM fuel cells. Bimetallic catalysts afford great opportunities for changing performance, either by changing the catalyst surfaces into ensembles of catalytic sites that permit only selected reaction pathways, modifying the electronic properties of the catalytic surface sites, or by introducing bifunctionality to the active surface by placing different catalytic metals in contiguous proximity. Bimetallic catalyst synthesis is often carried out by either simultaneous co-impregnation of both metal salts onto the catalyst support or by successive steps of metal salt addition. For either of these preparative methods, it is virtually impossible to ensure formation of only bimetallic particles; rather, formation of separate metallic particles of both metals can and does occur. Thus, it is very difficult to characterize such catalytic systems, and even more difficult to correlate catalyst performance with bimetallic catalyst composition. Our laboratory uses electroless deposition (ED), whereby a controlled chemical reaction is used to deposit a metal salt onto a catalytic metal site that has been activated by a reducing agent. The process may be either catalytic (deposition of the metal salt [metal A+] from solution onto the pre-existing metal [metal B°] on the support) or autocatalytic (deposition of the metal salt [metal A+] onto the just reduced, deposited metal [metal A°]), depending on the nature of the activated metal site and the reducing agent. In principle, ED should result in the selective deposition of the secondary metal onto a metallic surface with no formation of isolated crystallites of the secondary metal on the catalyst support. Perhaps most importantly, ED is an industrially-relevant process that can be applied to a wide range of metals. We have prepared a large number of bimetallic catalysts using electroless deposition. Those supported on carbon, such as Pt-Co, Pt-Pd, and Pt-Rh have been tested as electrocatalysts for PEM fuel cells, while silica-supported compositions such as Ag-Pt, Au-Pd, and Cu-Pd have been evaluated for traditional catalytic reactions such as selective epoxidation of olefins, selective oxidation of biomass molecules (such as glycerol), and selective hydrogenation of multi-functional olefins. Reactions are conducted in either automated, single-pass plug flow reactors (six in all) or two high pressure batch or stirred tank reactors. Our research projects are currently funded by NSF, DOE, and several industrial companies.