The Carolina Band, known as “The Mighty Sound of the Southeast,” consists of more than 350 students. College of Engineering and Computing (CEC) seniors Tally Bovender and Ahmad Alford are band members with different majors, but they both attend practice and performances with the same instrument as sousaphone players.

Both students excel musically and academically. Bovender is a mechanical engineering major and biology minor, while Alford majors in Integrated Information Technology.

The sousaphone is a brass instrument and type of tuba which was designed to be easier to carry for use in bands and other music ensembles. Alford has played the sousaphone since sixth grade, while Bovender found her musical talents at a young age. She played several instruments and ended up playing the sousaphone through chance in high school. In the Carolina Band, Bovender is a sousaphone section leader and serves as a mentor to other members.

Both students joined the Carolina Band as freshmen and continue to perform at football games and other events. They must also manage their rigorous academic and band practice schedules.

“It's 90 minutes a day, four days a week and requires some responsibilities, preparation and work,” says Carolina Band Director Jay Jacobs. “But I think it’s also an escape for something they love. Many of them are not music majors, so it's something completely different from what they do the rest of the day.”

While not on the marching band practice field, which is a short walk from the CEC’s Swearingen Building, or at Williams-Brice Stadium, Bovender and Alford spend their time furthering the reach of science and technology. Last summer, Bovender was an engineering intern at Newport News (Virginia) Shipbuilding, where she interacted with the SSNX submarine in the Advanced Propulsion Department. Bovender is also an undergraduate research assistant in Mechanical Engineering Professor Sourav Banerjee’s laboratory, where she is learning the effects of piezoelectricity on biomaterials, which refers to the electric polarization in a substance resulting from mechanical stress.

Prior to attending the University of South Carolina, Bovender was a junior intern at the Karen Beasley Sea Turtle Rescue and Rehabilitation Center in North Carolina, where she assisted in caring for rescued sea turtles. The experience inspired her to pursue her biology minor.

“Getting to see the process and seeing the injuries that turtles suffer made me want to design things to make the ocean safer,” Bovender says. “For example, one of the things that they have now are propeller cages so that the turtles don't get hit by a boat.”

While Bovender was near the ocean, Alford spent last summer focused on streamlining technological advances as a process designer at BlueCross BlueShield in Columbia. At USC, he has served as a resident mentor in the Bates dormitory for two years to help students transition from home to dormitory life. Alford is also a member of the Carolina Basketball Band, which performs at men’s and women’s games at Colonial Life Arena, and the concert band.

“I've been all over the place, but to do that, you really have to stay on top of your schoolwork. I like to do my assignments early in the semester. It just forces you to budget your time, which is something you're going to have to do in college anyway,” Alford says.

Alford will graduate in May and Bovender in December, and both are looking forward to pushing the science and technology boundaries of their respective industries. But they have also left a positive impression during their four years with the Carolina Band.

“It's such an amazing group to have that many people from a variety of areas, backgrounds and pursuits to come together just to make it work on the field,” Jacobs says. “With the intricacy of what they do when they come to us and for the amount of time that they put in, I'm so lucky to be surrounded by people like Tally and Ahmad that share themselves with me, the staff and the band.” 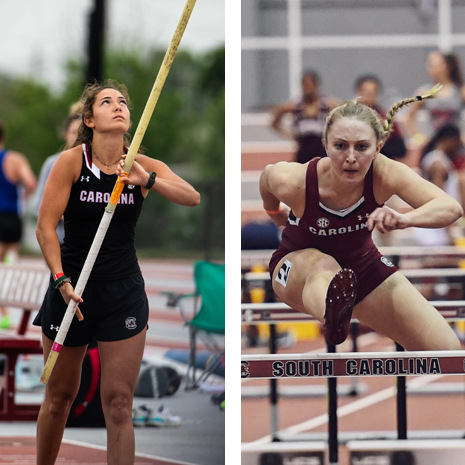 Multitasking and planning is necessary for all student-athletes. Kiera Hughes and Pressley Perry have mastered managing their academic responsibilities with being track and field student-athletes. 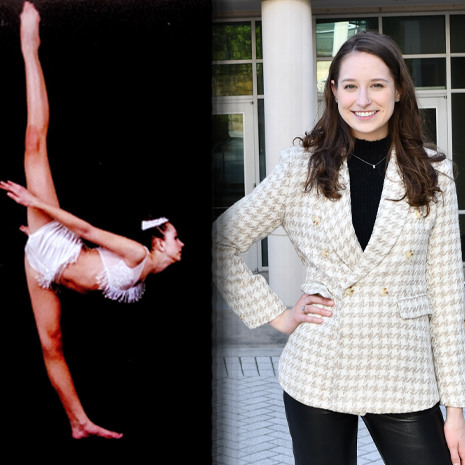