What’s not to love about red knots?

The red-plumed birds hatch in the arctic during the summer. When the weather turns colder, they fly 3,000 miles to Mexico, often alone, sometimes nonstop.

“They're just tiny little chicks. They have never seen the coast where they're about to fly. They don't know the threats they're about to face,” says Juilán García Walther, a biological sciences Ph.D. student at the University of South Carolina. ¨But they find their way to the same place their parents came from. … It’s a bird the size of a grapefruit, and that tiny bird can fly thousands of kilometers nonstop. It's amazing to see.”

But for future generations to see red knots, conservationists need to know a lot more about the birds, how they travel and where they stop along the way.

“If we want to conserve these species, we need to conserve the habitat they depend on during their migrations,” García Walther says. “Many of these sites are vulnerable to being developed."

He is leading efforts to expand the Motus Wildlife Tracking system in Mexico. Motus is a network of more than 900 receiver antennas in over 30 countries. The receivers collect data from radio tags on birds, insects and other animals, and the receivers and tags don’t have to be placed by the same researchers. It allows researchers to cover more ground to gather data on animal migration.

“The logic behind this technology is that you install different stations at different sites on the continent. You attach a radio tag to the birds. When they pass through these towers, the tags will get detected, and you can interpret things like how much time are they spending on these coastal sites, and the direction of the flight path,” García Walther says.

But when he went to look for red knot data in his region, it didn’t exist.

That’s because Mexico has been largely uncovered by Motus. Until recently, the country had just a couple of receiver sites, all on the shore of the Yucatan Peninsula in the far southeast of the country. Northwest Mexico, the Pacific red knot range, had nothing to track the birds. 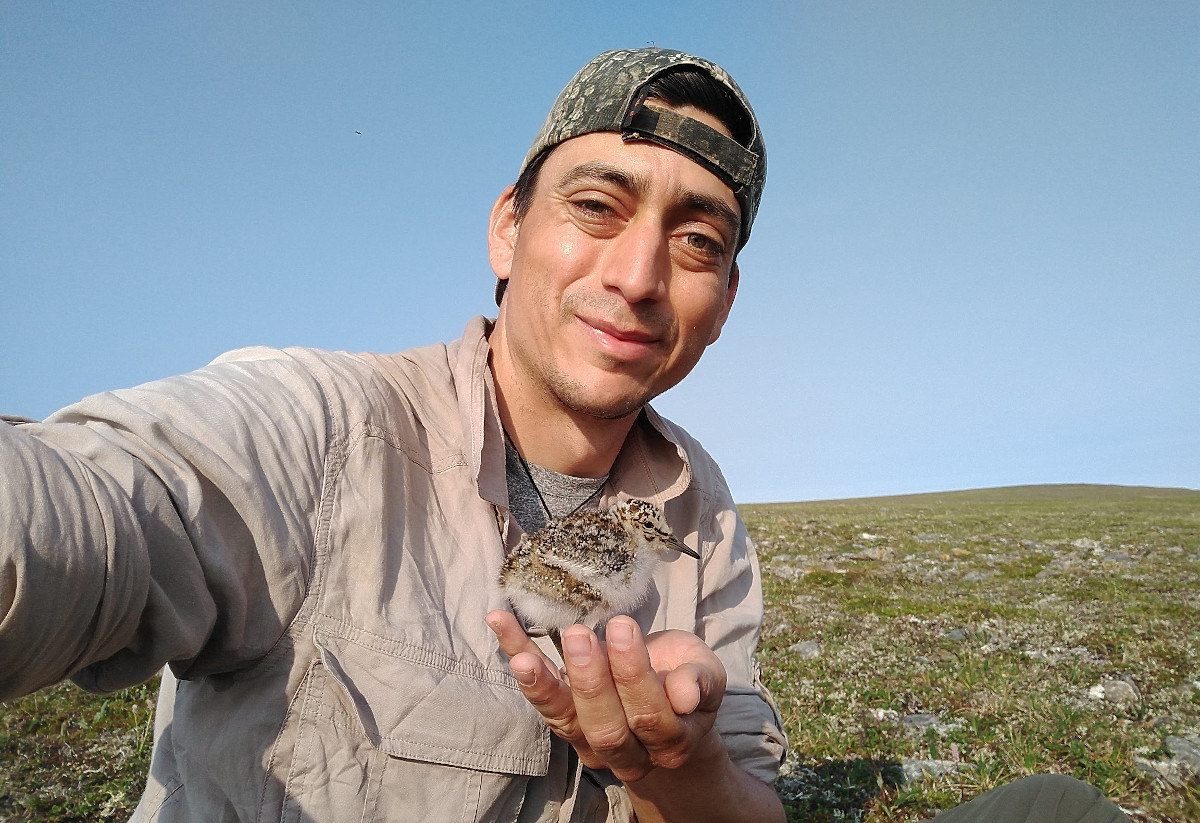 García Walther coordinated efforts between several non-profit organizations and other conservation groups to expand his country’s Motus network. In 2020, the U.S. Fish and Wildlife Service, which considers the red knot to be a threatened species, awarded a grant to help install 15 Motus receiver sites around the Gulf of California. Later, the Sonoran Joint Venture and the David and Lucile Packard Foundation awarded additional funds to increase the number of stations to 24.

In November 2020, García Walter activated the first Motus receiver in Northwest Mexico. In his back yard.

His research team also is tagging red knots this winter and analyzing the lay of the land to see how rising sea levels would impact different wetlands in the region.

In addition to his project in Northwest Mexico, García Walther is collaborating to have a wider reach. He is helping coordinate efforts to add bird-tracking stations in the Chihuahuan Desert in central Mexico and near Mexico’s southern border. He led an international workshop for more than 150 people from 23 countries to teach volunteers how to install and maintain Motus technology.

He has an amazing capacity to bring people together and make collaborations happen. ... We need those collaborations among those who value these birds wherever they are.

“The momentum that has been created in just one year of planning is actually amazing,” García Walther says. “We are all making incredible progress to push the Motus expansion to answer questions at regional and hemispheric scales.”

Although COVID-19 outbreaks in Mexico have slowed the project, the progress is impressive, says Nate Senner, a biological sciences professor and García Walther’s advisor. Senner points out that he offered his student a fully-funded research project, but García Walther chose to follow his passion to create his own project and find his own funding.

Obviously, he was up to the task.

“He has an amazing capacity to bring people together and make collaborations happen,” Senner says. “When you’re studying migratory birds, collaborations are what makes these things possible. These birds are flying immense distances. They're spending time in lots of different places. We need those collaborations among those who value these birds wherever they are."

In other words, the birds have no borders, and García Walther is leveraging connections across borders to conserve them.

“Julián had a vision,” Senner says. “When you know what you want to accomplish, that doesn't ensure you're going to get there. But it means that you're going to work hard to follow that through. Given Juilán skills and contacts, I feel like this was something that he could really make happen."

Juilán García Walther installs an antenna to track bird movement in the Punta Banda estuary in northwest Mexico in January, 2021.

He also recently wrote about his research for The Conversation.  Read his article here.