Lost in space? Here’s what happened to 388 senior theses since 2014

Hey — you out there in South Carolina Honors College Alumni Land. Remember that senior thesis? The one that kept you up at night? That beautiful idea you labored over, loved on, produced and defended and — perhaps forlornly — told yourself there goes that. All that work for nobody else to see.

Well, if you graduated in 2014 or later and uploaded your thesis to be placed in Scholar Commons, you may be singing a happier song. Thanks to the digital wizardry of that institutional repository, we can report that there have been 371,434 downloads worldwide of the 388 theses posted in the last seven years.

“It’s a remarkable statistic,” says Dean Steven Lynn. “It’s really not surprising. These projects are excellent, often innovative and quite useful. They deserve to be widely read.”

We got that remarkable news January 7 from Amie Freeman, scholarly communication librarian at the University Libraries. She’s the intrepid soul who, after receiving the theses from the Honors College, reviews them for accurate metadata before uploading them to Scholar Commons. Freeman provided our staff an interactive readership map that allows a wonderment of random poking. Not only can you see where in the world a thesis has been downloaded, you can see what entity is doing it. Many are academic institutions, but governments, businesses and non-profits are downloading them, too.

And so, the question is begged: Which theses generated the most downloads?

In third place is “The Impact of Cultural Differences on Human Resources Policies of Multinational Companies” by Sarah Hutnek, ’16 international business and management, ’17 Master of Human Resources. By March 30, it had been downloaded 21,315 times, including 322 times in New Delhi, 173 times in Nigeria, and 412 times in New York.

“The Chemistry of Photography” by Nicole Witten, ’16 chemistry/math, takes second place. By March 30, it had generated 27,394 downloads, including 16,722 in the United Kingdom. Interested readers at Kyambogo University in Uganda downloaded it six times; at AnschlussWerk GmbH, a telecommunications company in Traunstein, Germany, it was downloaded 25 times.

And our most downloaded thesis? “The Chemistry of Baking” by Jillian Claire, ’14 biochemistry/molecular biology, ’18 medicine. By March 30, it had been downloaded 39,299 times, including 4,045 times in the United States, 96 times in Vietnam, and six times by IAAK Technologies, Inc., an internet service provider in British Columbia. Now, why would a company like that be interested in the chemistry of baking? We don’t know, but we do know Claire, a Charlotte native now in her third year of residency in obstetrics and gynecology in Columbia, was thrilled to learn her 92-page thesis had been read all over the world.

“I think it’s amazing,” Claire says. “I really had no idea that many people were reading my work. For years my friends have been telling me to write a cookbook, so knowing that thousands of people have read about my baking might be the encouragement I need to actually do it.”

A baker since childhood, Claire chose her thesis topic to “explore the intersection of baking and science.” It would get her out of the lab, where she was tiring of a project, and it would help her improve her own skills in the kitchen. Enlisting her biochemistry professor Jack Goldsmith, also a baker, as her thesis director, she conducted 12 experiments with butter, flour, shortening, and sugar. Her thesis includes 68 recipes — 13 of which she developed herself — for cupcakes, croissants, scones, pie crust, biscuits and bread. But those came after she demonstrated and described the chemical processes required.

“I did push the limits of recipes to see what would happen — how much yeast is too much, letting things rise past the recommended point, etc. — and made some pretty bad-tasting loaves,” she says.

In one successful experiment, she used colored playdough to show how the lamination process creates thin layers of butter and dough in croissants.

“I really appreciated that the Honors College encouraged us to think outside the box with our thesis topics,” Claire says.

She’s still baking, noting that her vegan apple cider doughnuts are the current craze with her colleagues. And her thesis served her well when she joined the sourdough craze during quarantine.

“Even if you think you don’t understand chemistry, every time you go into the kitchen, you’re a chemist,” she concludes in her thesis. “And even if you’re a lab rat who survives on pizza, any chemist can translate what they know from chemicals to food. My own knowledge of both chemistry and food have been deepened greatly throughout this process, and I hope I can spread this knowledge to anyone else interested in chemistry, food, or both. … once you’ve mastered the basics, a whole world of flavor exploration is open for you.”

Assistant Dean Kay Banks, director of the senior thesis program, encourages the use of Scholar Commons.

“It’s a great resource for our students and alumni, and it’s never too late for our graduates to upload and submit their theses,” she says. “It’s also a convenient way to share all that hard work with potential employers and graduate schools.”

Curious about how many times your thesis has been downloaded? Visit scholarcommons.sc.edu/senior_theses/.

To upload your senior thesis follow the instructions on the Honors College website. Graduates from any year are welcome to upload their theses, but the Honors College is not able to provide copies of older theses if graduates don’t have their own copy. 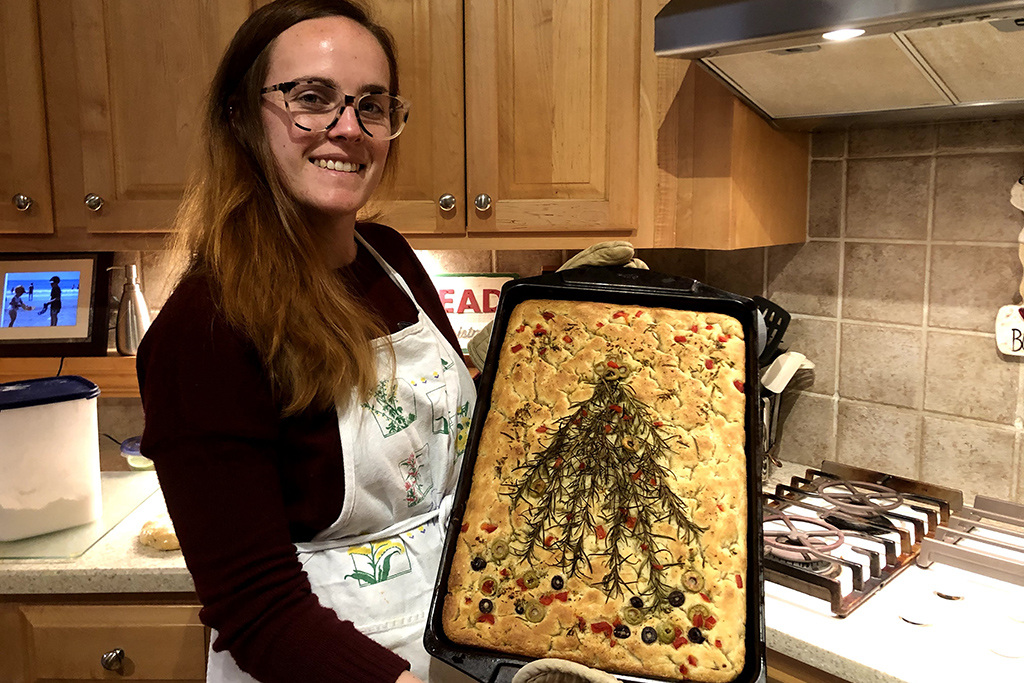 And the most downloaded senior thesis is...

“The Chemistry of Baking” by Jillian Claire, ’14 biochemistry/molecular biology, ’18 medicine. By March 30, it had been downloaded 39,299 times