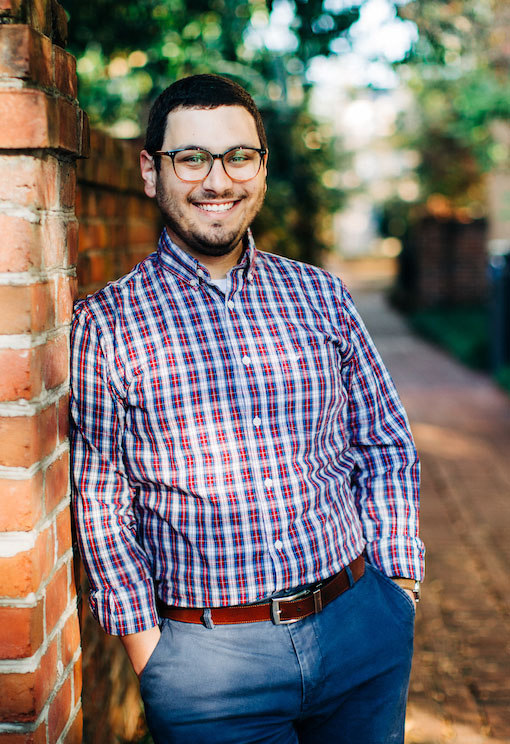 Ethan Knight became a Gamecock in 2015, moving to Columbia after earning his MA in English from Texas A&M University. He earned his BA in English and Theatre from Western Illinois University, joining his parents as a WIU alumnus.

Before working with National Fellowships, Ethan served in a variety of roles while pursuing his PhD in English at UofSC, including as a member of the College of Arts and Sciences Diversity Committee, teaching multiple sections of English 101, 102, and 691, and serving as Assistant Director of First-Year English, during which he worked as lead editor of The Carolina Reader for English 101 two years in a row.

Ethan also recently published a short essay in Syllabus titled “The Syllabus as Establishing Tone.”  In his spare time, Ethan loves to taste local beer with his fiancée Olivia, kayak on Lake Murray and in Congaree National Park, and take long walks with his dog Queequeg.