Feeling Lucky in the Big Apple

Melissa Karl (pictured left) and her colleagues, Melissa Lum and Julia Kalachnicoff, show off some of their Lucky picks.

The 2015 USC Fashion Week, presented by Fashion Board at the University of South Carolina (USC), was one to remember. Along with a doggy fashion show, featuring local shelter dogs, a student designer showcase, and the finale fashion show, Fashion Board brought back Melissa Karl for a public symposium. Karl is an alumna of USC and a former fashion board president. She received a degree in retail management from USC’s College of Hospitality, Retail and Sport Management (HRSM) in 2011 and is now the associate accessories editor at Lucky Magazine, headquartered in New York City. Students and faculty gathered to hear Melissa speak about her experiences at USC and her journey to her current position in NYC.

Karl’s journey so far has been one of bold moves and great networking. She grew up in Connecticut, just a train ride away from the city. Although far from home, Melissa chose to attend USC in pursuit of a retail degree. She chose a minor in public relations to give her a journalistic edge in the world of fashion. While at USC, Melissa was highly involved in fashion board, eventually working her way up to president as a senior. At fashion board’s symposium, Melissa highlighted her involvement in the organization. “Fashion board,” Melissa started, “taught me about time management, responsibility, and ultimately brought me to come out of my shell.” It is clear that her involvement in the club’s events as well as the connections she gained as a result were key steps in her success.

In addition to fashion board, Melissa spent a significant amount of her college years gaining first-hand experience in the industry as an intern. Her first internship was working with a new line from the popular brand, American Eagle. Later, Melissa scored an internship working at Harper’s Bazaar. These internships, Melissa told her audience, were the most important experiences she had along the way. She emphasized the vast knowledge she received from working for these companies, as well as expanding her professional network, which would later benefit her.

Following graduation from USC, a former colleague at Harper’s Bazaar told Melissa about a position at Interview Magazine. Melissa landed the job and moved to the Big Apple to begin her career in the industry. Less than two years later, and after several emails and interviews, Melissa got her dream job as the accessories editor at Lucky Magazine. She now spends her days previewing the newest and most innovative accessories and choosing which to be featured throughout the magazine.

Her job is important because she is the link between the designers and the consumers. She chooses which items will be seen by millions of people. Her advice to anyone pursuing a career in the industry, she said, is to “be hard working, self motivated, and never give up.” She emphasized the importance of seeing “the light at the end of the tunnel” and never stopping until you get there, however long that may take. Melissa remains humble in her success, crediting much of it to the opportunities offered to her while at USC and courses that taught her the key to a successful interview. The College of HRSM is proud of Melissa’s accomplishments and cannot wait to see what she does next. 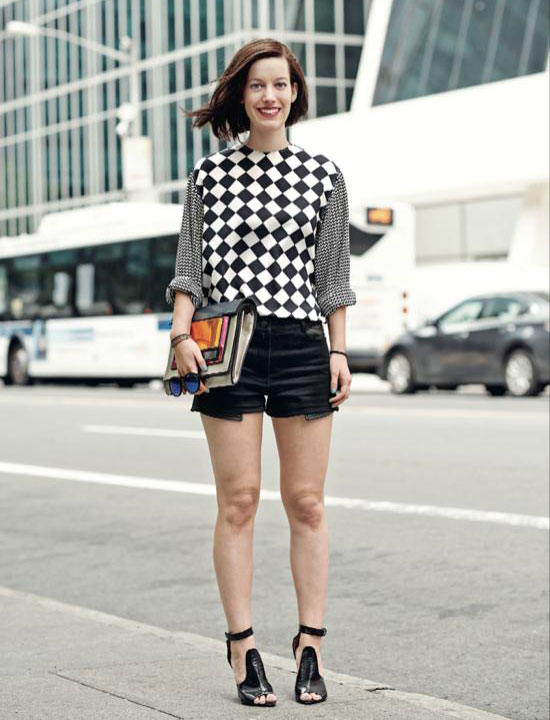 “Fashion Board at USC taught me about time management, responsibility, and ultimately brought me to come out of my shell.”