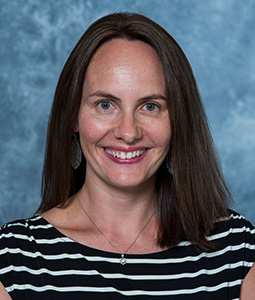 Shelby Leonardi teaches Legal Research, Analysis & Writing I and II to first-year law students. Ms. Leonardi also worked as an adjunct professor teaching Advanced Legal Writing to second- and third-year law students in the Legal Writing Program at the University of South Carolina School of Law during the spring semesters of 2013 and 2014.

Prior to joining the faculty, Ms. Leonardi practiced as an associate, and later as of counsel, at Nelson Mullins Riley & Scarborough in Columbia, South Carolina. Her practice primarily focused on product and premises liability defense; however, she also served as the lead associate for the plaintiff school districts in Abbeville v. The State, a case that sought to address disparities in the South Carolina public education system. Ms. Leonardi served as a law clerk to The Honorable Shiva V. Hodges, a federal magistrate judge in the District of South Carolina, from 2012 to 2014. During her time with Judge Hodges, Ms. Leonardi became proficient in analyzing employment discrimination matters and Social Security appeals. In 2006, she served as an interim law clerk to The Honorable Joseph F. Anderson Jr., a federal district court judge in the District of South Carolina.

Ms. Leonardi received her B.A. in journalism from Marquette University in 1999 and earned her J.D. from the University of Notre Dame School of Law in 2002. She is a member of the South Carolina Bar, admitted in 2002.