My School of Medicine Columbia

Berry Campbell, M.D., has been appointed chair of the Department of Obstetrics and Gynecology (Ob/Gyn). Campbell has served as a clinical associate professor and the division director of maternal-fetal medicine since 2015. He also has served as the interim chair of the Ob/Gyn department since Jan. 1, 2020.

A native South Carolinian, Campbell’s undergraduate degree is from Newberry College in Newberry, S.C. After completing his medical degree at the Medical University of South Carolina (MUSC), he stayed at MUSC for his Ob/Gyn residency and maternal-fetal medicine fellowship.

From 1991 to 2002, Campbell served as a faculty member in the Department of Obstetrics and Gynecology at the University of Kentucky, holding a number of leadership roles including the John Greene Professor and department chair. Following several years of private practice as a maternal-fetal medicine specialist, Campbell joined the Palmetto Health-USC Medical Group as the head of the maternal-fetal medicine program in 2015. Under his leadership, our health system has expanded maternal-fetal medicine services and established strong working relationships with obstetrical practices throughout the Midlands.

Campbell is a member of many professional societies, including the American Medical Association, the American College of Obstetrics & Gynecology, and the Society for Maternal-Fetal Medicine. He is the recipient of 19 teaching awards, serves on numerous medical committees, and is widely known for his clinical excellence. 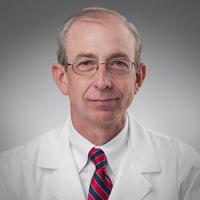 Berry Campbell, M.D., who has served as interim chair since Jan. 1, has been appointed chair of the Department of Ob/Gyn.