Judges unanimously awarded first place to the University of South Carolina’s Darla Moore School of Business team in the inaugural Dublin Institute of Technology International Case Competition held last month for their teamwork on a case on the e-commerce battle between Wal-Mart and Amazon.

Despite the fact that only one of the four students had been part of a live case competition before, the case they faced in the competition wasn’t the team’s first together. The Moore School seniors worked as a team on the final case project during their strategic management class last semester.

“Because we had class together, we had a sense of comradery and closeness,” said Andrew Schindler, international business and finance student. “That’s probably one of the most important parts — being comfortable with who you’re working with and being able to trust each other.”

Schindler represented the Moore School alongside Clayton Buckaloo,  RJ Cunio and Amanda Norris. In addition to the Moore School team, four other teams from some of the oldest universities across Europe participated.

This competition was the first a Moore School team has attended that included an educational component alongside the competition itself. During the first few days in Dublin, students learned about the changing customer decision journey and nature of e-commerce, data and predictive analytics, which prepared them well for the final case topic: the Wal-Mart vs. Amazon e-commerce battle.

Clayton Buckaloo, an international business, global supply chain and operations management, finance, and marketing student, agrees that the real-life aspect of the case competition was one of the biggest takeaways.

“It took all the different skills I’ve been learning in my classes and showed me how they fit together,” she said. “I think that without something like this, it’s really hard for students to picture how they’ll use what they’re learning.”

One of the aspects of the competition Buckaloo enjoyed most was the preparation for the event, but nothing could have prepared them for what hit on the plane ride home.

“Our plane was struck by lightning,” she said. “But by the time we had run through all the worst-case scenarios in our heads, we were still in the air, so we knew everything was fine.”

But lightning hasn’t deterred them: Buckaloo and Schindler both plan to participate in other case competitions this spring. 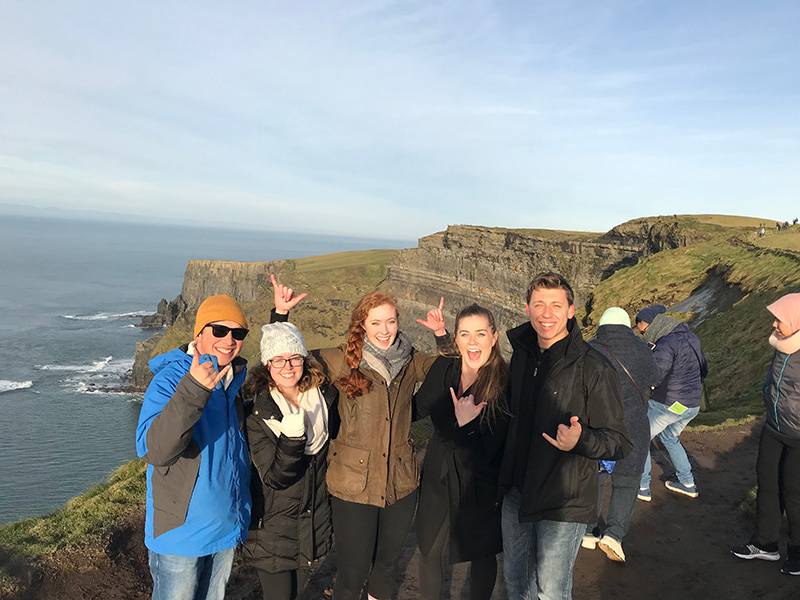