The Department of Finance at the Darla Moore School of Business is composed of outstanding faculty and researchers whose interests include areas such as bank management, corporate restructuring, investment management, risk management, employee benefits and real estate finance.

The Department of Finance supports the mission of the university and the Moore School through its commitment to teaching, research and outreach.

Excellence in research supports the teaching mission by ensuring that faculty are on the cutting edge of their respective fields. Finance department faculty consistently publish in the highest impact journals in the finance profession, including the Journal of Finance, Journal of Financial Economics and Review of Financial Studies.

The Bachelor of Science in Business Administration is available in Finance, Risk Management & Insurance and Real Estate.

The Real Estate major involves the study of concepts, principles and methodologies used in real estate analysis and decision-making.

The risk management and insurance major focuses on developing decision-making skills in the face of uncertainty and providing an understanding of risk transfer markets.

The objective of the Ph.D. program in Finance is to prepare students for academic careers at research-focused universities. Our typical cohort is three students, intentionally keeping our program small in order to foster close faculty-student interaction, particularly as our students transition to the research phase of their doctoral studies. 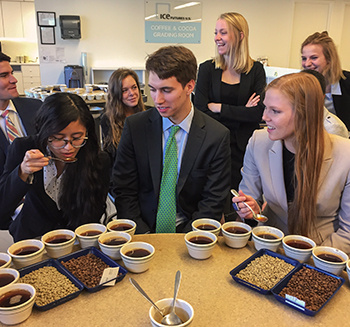 The Moore School is consistently cited in the media as a sound source for financial statistics and current awareness in the financial industry. 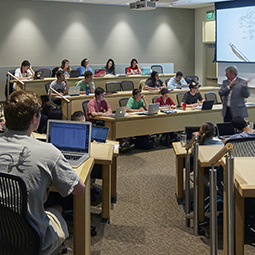 Each year, we invite noted scholars to present current research to faculty and students. This exposes our community not only to new ideas, but also to other methods of approach.

Allen N. Berger, Raluca A. Roman and John Sedunov's paper “Did TARP Reduce or Increase Systemic Risk? The Effects of Government Aid on Financial System Stability” is forthcoming in Journal of Financial Intermediation.

Allen Berger has also been selected as vice president of the Financial Intermediation Research Society, one of the top international conferences in finance.

Liang Ma’s paper "The Causal Effect of Limits to Arbitrage on Asset Pricing Anomalies," co-authored with Yongqiang Chu and David Hirshleifer, has been accepted at the Journal of Finance.

Hugh Kim's solo-authored paper "Information Spillover of Bailouts" has been accepted for publication in the Journal of Financial Intermediation.

Hugh Kim and Wenhao Yang have won a competitive grant from the university's  provost’s office for their project “Measuring (In)Attention to Mutual Fund Fees: Evidence from Experiments."

Dongmei Li’s paper "More Cash, Less Innovation: The Effect of the American Jobs Creation Act on Patent Value," co-authored with Heitor Almeida, Po-Hsuan Hsu and Kevin Tseng, has been accepted by the Journal of Financial and Quantitative Analysis.

Working to improve decision-making under uncertainty

The Risk and Uncertainty Management Center takes a holistic approach to managing risk, emphasizing decision-making skills that are applicable across a wide variety of risks confronting organizations.

The center provides knowledge, frameworks, tools and experiences that lead to better decision-making in situations involving a wide variety of risks confronting organizations.