Here’s what happening with our Alums! Be sure to check this page often for monthly spotlights of your fellow alumni. To be considered for one of our monthly spotlights simply complete an Update Contact Information form and share your current news in the My News section of the form. 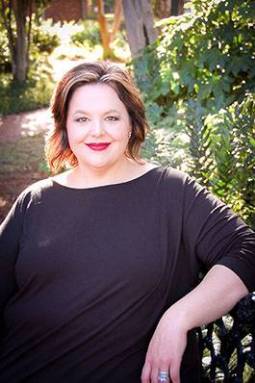 As you may know, graduation ceremonies were not able to take place in May due to the pandemic, so for the next few spotlights we wanted to highlight some of those recent graduates.

Rebecca has performed many opera roles and concert works with regional orchestras throughout the Southeast. While in New York, Rebecca worked as a member of the New York Choral Artists with the New York Philharmonic, the American Symphony Orchestra, Orchestra of Society of St. Lukes, and the Little Orchestra Society of New York. She has worked under the batons of Maestros Kurt Masur, Leonard Slatkin, Leon Botstien, Pierre Boulez and Seiji Osawa.

In 2015 she released her first full album of spirituals and sacred arias entitled “How can I keep from singing”. Her previously released EP, “Rise”, was featured on Babbie Mason Radio. Her television appearances include Brahms’ Requiem with the New York Philharmonic, NBCs “Another World” and ABCs “The Mike and Mattie Show” as well as promotional appearances on local television and radio talk shows.

Rebecca has been teaching voice for over twenty years and is an active vocal adjudicator and clinician throughout the Southeast. Her students perform on Broadway, national Broadway tours, summer opera programs and major cruise lines. Many of her students have entered advanced conservatory graduate programs such as Manhattan School of Music, Oberlin Conservatory and Boston University.

Rebecca currently serves as Adjunct Professor of Voice on the faculties of Anderson University in Anderson, SC, University of North Carolina – Pembroke, and Benedict College in Columbia, SC.