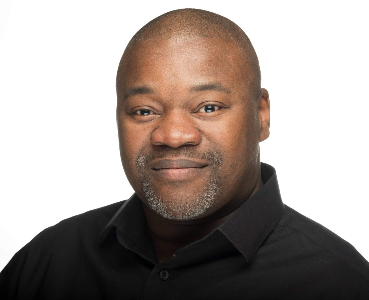 Daryl Byrd is a native South Carolinian and a graduate of The University of South Carolina, where he received a Bachelor of Arts in Music Education in 1994. While at the university, he studied with Dr. Andrew Gowan and the late Roger Pemberton. Daryl was a member of the Marching band, Concert band, Pep band, and Carolina Alive. In his final year of study, Daryl was also one of four students who portrayed our university’s beloved mascot, Cocky.

He has a tremendous love for sharing his passion for music with young people and is entering his twenty-third year as a middle school band director. He started his teaching career in 1999 as Director of Bands at Hopkins Middle, and has served as the Director of Bands at Crayton Middle School since 2004. Bands under his direction have won numerous local, state, and regional awards. Daryl was named Teacher of the Year at Crayton in 2014 and has served as the Lead Teacher for the Related Arts Department for the past 10 years. Daryl was recently appointed as the Lead Teacher for Band in Richland County School District 1.

In addition to his instrumental musical activities, he is also highly active as a singer and actor. Daryl is an Ensemble member at Trustus Theatre, Columbia’s only professional theater company. On stage he has appeared in Rent, Ragtime, Dream Girls, Smokey Joes Café, and Hair, just to name a few. Daryl attends Trenholm Road United Methodist Church, where he serves as a member of the Music Ministry staff, the Sanctuary Choir tenor section leader and as the Director of the Handbell Choir.