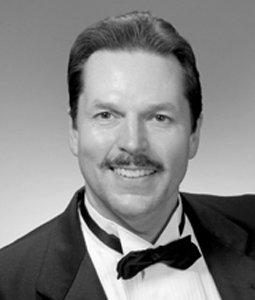 Upon completing his education, Mr. Cuttino performed throughout Europe with over 1,000 operatic performances to his credit. Ferrando (Cosi fan Tutte), Almaviva (Barber of Seville), Tamino (The Magic Flute), Lenski (Eugene Onegin), Alfredo (La Traviata) and Rodolfo (La Boheme) are a sampling of the more than 40 roles in his repertoire. He has also performed over 500 concerts, including a concert tour with the late Leonard Bernstein, to London and Moscow. Since the fall of 1996, Mr. Cuttino has been a member of the voice faculty at the University of South Carolina where he performs regularly, and in addition, continues to perform on American and European stages. He is also artistic director of the Palmetto Opera, conductor of the Palmetto Mastersingers and director of Music at Lake Murray Presbyterian Church.