The college has learned of the unexpected death of Professor Emerita Rita Rhodes, Ph.D., MSW, MA. She earned her MSW from the University of South Carolina College of Social Work and later taught at the college for 23 years. Her death was reported on Feb. 20. She was 72.

Rhodes joined the College of Social Work in 1990 as an assistant professor. She was tenured and promoted to associate professor in 1997, a position she held until her retirement in 2013.

Rhodes served a stint as MSW program coordinator, while her primary teaching areas were Human Behavior and the Social Environment (HBSE) and group work practice. Prior to her career in academia, she was a social worker for Family Service Center, Richland Memorial Hospital and the William S. Hall Psychiatric Institute, all located in Columbia.

Rhodes joined the College of Social Work in 1990 as an assistant professor. She was tenured and promoted to associate professor in 1997, a position she held until her retirement in 2013.

In 2010, Rhodes co-authored the textbook, Human Behavior in the Larger Social Environment (Boston: Allyn & Bacon), with her colleague and former Associate Dean for Academic Affairs Miriam Johnson. She also authored, Women and Family in Post-Famine Ireland: Status and Opportunity in a Patriarchal Society (New York: Garland Press) in 1992.

Rhodes served as the chair of Clinical Associate Professor Brent Cagle’s dissertation committee. He earned his Ph.D. from the College of Social Work in 2007.

“I admired Rita’s principles and generosity,” said Cagle. “She believed and cared deeply about social and economic justice and loved her students. She served and chaired several doctoral committees and was consistently constructive and supportive. It is a rare combination to have a sense of humor and be principled while also remaining human and vulnerable. She maintained high standards, and was tough, yet she was also completely compassionate in her perspective. I think of her often in the classroom.” 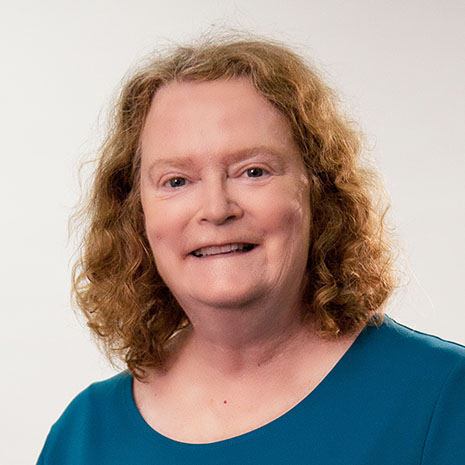 Professor Emerita Rita Rhodes earned her MSW from the College of Social Work in 1985 and later taught at the college for 23 years.