Incoming faculty member John Doering-White provided his expertise on immigration and migration in Central America by serving as co-producer, advisor and sound on the documentary, Border South.

Directed by Mexican immigrant filmmaker Raúl Paz Pastrana, Border South follows a Nicaraguan migrant named Gustavo and his journey along a migrant trail from southern Mexico to the U.S. border. The documentary also focuses on an American anthropologist tracking the remains of migrants who disappear along the trail.

The world premiere of Border South was on June 8 at the Sheffield Doc/Fest, a world-leading festival of documentary and non-fiction storytelling, in Sheffield, England. Two weeks later, the documentary premiered in the U.S. on June 20 at the American Film Institute Docs Fest in Washington, D.C.

According to the Border South website, future plans include partnering with immigrant rights organizations, migrant shelters, festivals and other institutions to tour the film in the U.S., Mexico and Central America in the spring and summer of 2020. The goals are to present the documentary to immigrants at migrant shelters, support pro-immigrant organizations and collaborate with experts to formulate discussions with the general public on undocumented immigrants and migrant routes.

Doering-White, who will begin teaching at the College of Social Work in August, earned his Master of Social Work from the University of Michigan School of Social Work. Earlier this year, he completed his Ph.D. studies in the joint doctoral program in social work and anthropology at the University of Michigan. During his MSW and Ph.D. studies, he presented nationally and internationally on topics such as humanitarian infrastructures and Central American migration. Doering-White’s research focuses on the intersections of immigration enforcement and humanitarianism surrounding undocumented immigration through Mexico. 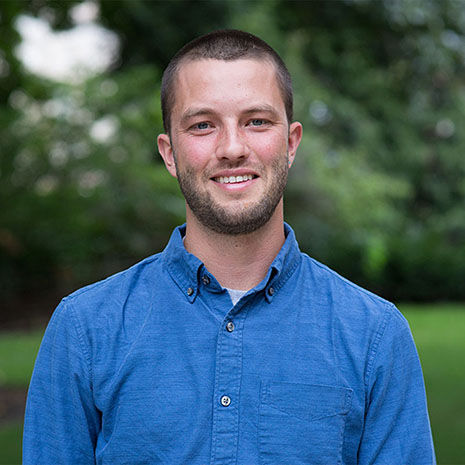 John Doering-White recently completed his Ph.D. studies in the joint doctoral program in social work and anthropology at the University of Michigan.