Susan Parlier to Retire from the College of Social Work

Clinical faculty member Susan Parlier will retire on May 15, 2019 after 12 years of service to the University of South Carolina College of Social Work. Parlier joined the faculty of the College of Social Work in 2007 as an instructor and was promoted to clinical assistant professor in 2016.

Dr. Parlier received her MSW from Virginia Commonwealth University in 1975 and a Master of Arts in Religion from Lutheran Theological Southern Seminary in 2002. She earned her Ph.D. in social work from the University of South Carolina in 2012.

Prior to her academic career, Parlier worked for 15 years in a variety of community settings. She served as executive director of Lexington Interfaith Community Services from 1990 to 2005 and was a social worker at the Bryan Psychiatric Hospital in Columbia. In addition, Parlier was a social worker at The Charleston Orphan House, Inc. in North Charleston, and the Franklin C. Fetter Counseling and Therapy and YWCA Alternative School, located in Charleston.

The students and faculty alike have gained from working with Dr. Parlier as evidenced by the following quotes:

“Susan has been a tremendous mentor and colleague to me over the years,” said Clinical Assistant Professor and Interim MSW Program Coordinator Rhonda DiNovo. “I have learned so much from her about engaging students, managing the classroom and ways to teach students important social work concepts. I also enjoyed working with her on presentations and appreciated her style, humor, and sense of ease and elegance that captures the attention of the audience as she relates to their experiences. She has made many contributions to the students, college and social work profession.”

“Dr. Parlier teaches with a unique blend of educational and professional experience,” said MSW student James McGivney. “She not only encourages students to succeed in the classroom but prepares them for the rigors of the world outside of academia. Each day, she invites her students along on a journey of self-growth and professional development.” Fellow MSW student Julia Hess added, “I have been lucky to have Dr. Parlier over the past three semesters as part of the Advanced Standing program. The most impactful skill that she has demonstrated is having the content and material of a course come alive through stories of her personal experience. She also has a way that makes me feel as her equal and not as a student. I will miss learning from her after graduating.”

Parlier brought rich ties to the university, integrating classroom with real world learning. In 2014, she developed the West Metro Social Work Parish Initiative (now known as Communities Beyond Walls), which implemented MSW sites, BSW field placement and social work services within congregational settings and local communities. The purpose of the program is to determine student competencies and evidence of competent social work, and congregational-based interventions.

Parlier was responsible for creating the College of Social Work’s BSW program, which was launched in 2009. During her seven years as BSW Coordinator, she led the development, implementation and maintenance of the general education requirements and undergraduate programs of study and navigated the program through the accreditation process. Parlier implemented service-learning courses and module and recruited and trained community agencies and personnel. She also developed technology tools, such as websites, e-portfolios, and videos for classroom use and assignments for her 14 undergraduate and 23 graduate courses that she has taught at the College of Social Work.

“Dr. Parlier shares her practice and wisdom from years of working in the non-profit sector,” said Melissa Reitmeier, Director of Field Education. “She takes the time to mentor students in that area and has also attended to the needs and gaps in the community. Many students were involved in the West Metro project as part of their field practicum, and they always identify Susan as someone who they will always remember.”

The mission of the College of Social Work emphasizes promoting social justice and well-being. Examples of Parlier’s contributions to promoting social justice and improving social well-being are numerous. She has been a board member of the South Carolina Christian Action Council since 2012. The organization advocates for social justice and fosters racial and cultural hearing and reconciliation. She was previously a board member for Prosperity Project, an after-school, preschool and mentoring program for children in low-income neighborhoods, and the Good Samaritan Clinic, a free clinic for Hispanic and Latino populations. Since 2007, she has worked with Les Cayes Schools and Food Services in Haiti. In June 2008, Parlier was a social worker with the Haiti Children’s Project in Jermie, Haiti, where she was responsible for developing culturally appropriate policies and procedures for an orphanage.

“Dr. Parlier will be sorely missed by students, faculty and staff at the College of Social Work,” said Dean Sarah Gehlert. “She will leave a vacuum that will be a challenge to fill.” 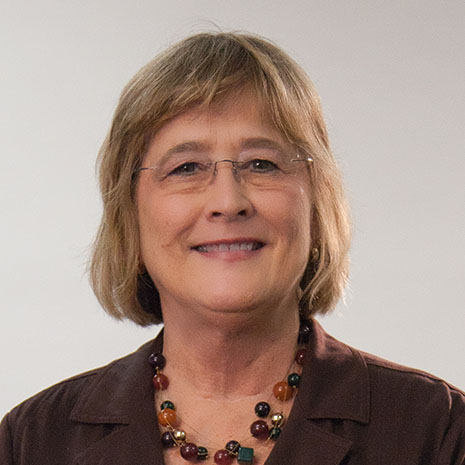 During her 12 years at the College of Social Work, clinical faculty member Susan Parlier established the Bachelor of Social Work program and taught 37 graduate and undergraduate courses.