The College of Social Work’s Book Club will discuss Sellers’ 2020 bestselling book, “My Vanishing Country: A Memoir” on Thursday, January 28 at 6 p.m. The New York Times described the book as “part memoir, part historical and cultural analysis to illustrate the lives of America’s forgotten black working-class men and women.”

University of South Carolina students, faculty, staff, alumni and the public are also encouraged to attend a live virtual town hall with Sellers on Thursday, February 11 from 6 to 7 p.m. The event is sponsored by the College of Social Work and the college’s I. DeQuincey Newman Institute for Peace and Social Justice.

"I hope participants better understand the challenges of life in communities ravaged by persistent poverty and inequality, and the challenges African American families, particularly those in the South, face in their pursuit for equity and justice," says Kirk Foster, Assistant Dean for Diversity, Equity and Inclusion.

Sellers is a native of Denmark, South Carolina, and the son of civil rights leader Cleveland Sellers. He received a bachelor’s degree in African American Studies from Morehouse College in 2005. The following year, the 22-year-old Sellers was elected to the South Carolina state legislature as the youngest African American elected official in the nation. He later earned his Juris Doctor from the University of South Carolina School of Law in 2008. Sellers currently practices law with the Strom Law Firm, LLC in Columbia, where he heads the firm’s strategic communication and public affairs team and recently added diversity, equity, and inclusion consulting to the list of services offered.

Sellers has also worked for worked for U.S. Congressman James Clyburn and former Atlanta Mayor Shirley Franklin and served on President Barack Obama’s South Carolina steering committee in 2008. He has received numerous accolades, including being named Time Magazine’s 40 Under 40, “The Root 100” list of the nation’s most influential African Americans in 2015, and HBCU Top 30 Under 30 in July 2014. Sellers has been a featured speaker at various political events, universities, and national trade organizations.

Register for the events using the links below. A meeting link will be sent prior to the event. 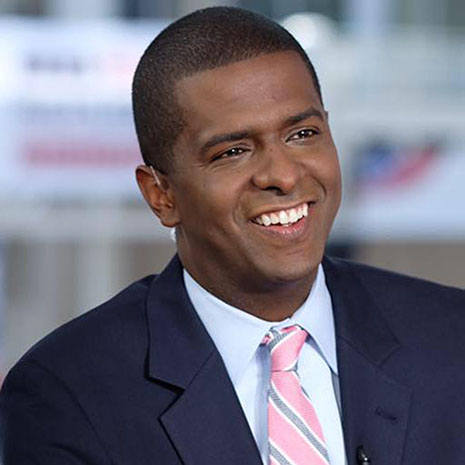