Maintaining Activism and Speaking Out Against Injustices in 2021 and Beyond

Protests following the deaths of George Floyd and Breonna Taylor and other marches showing support against social injustices frequently occurred during 2020. An estimated 15 to 26 million participated in rallies and protests nationwide last year. But College of Social Work students and advocates believe that last year’s momentum of working toward justice and equality must continue as a society to achieve permanent change.

“The systems of inequity in the U.S. are as old as the nation itself. These things do not change in one summer or one year,” says Kirk Foster, Associate Dean for Diversity, Equity and Inclusion. “We each need to do our part to dismantle systems of marginalization and oppression whenever and wherever we see it. Social workers are uniquely positioned to lead these efforts.”

MSW student Josie DeShong, who helped advocate and encourage students to vote last November, believes permanent change can only occur when citizens efforts do not become a side thought.

“Being a social worker brings about a certain responsibility to challenge the status quo,” DeShong says. “Professor Ibram X. Kendi says, ‘When we do nothing in the face of a status quo, we are complicit in its persistence.’”

DeShong admits that challenging the status quo can be difficult at times since everyone is at a different place regarding their ideas about eradicating system inequalities. This may lead to some pushback as being too radical or disrupting a system that does not need changing. She believes it is necessary to have discussions and tell someone to educate themselves on the history of oppressive behaviors and ideals.

“Some may look at the efforts for change and become uncomfortable by saying we’re making too big of a deal about something. But having a conversation when that sentiment is presented is so important,” DeShong says. “We can interject and use our education and life experiences to say why we need change.

Letting people know where you stand even in the face of pushback is necessary for real change. They can also support others also seeking the same goals. People may differ in staying active, but the message is the same.”

One method of change is to peacefully continue to keep pressure on local, state and national political officials. A new presidential administration enters the White House today and new legislators have begun their first year at the U.S. Capitol or statehouses nationwide. DeShong says all citizens can stay informed, call legislators, and sign petitions to let government officials know when they disagree with new legislation that seeks to uphold systemic inequality.

“If we run into a policy at our job or internship that is upholding the exclusion of historically marginalized people, we can ask why the policy exists,” DeShong says. “We can then turn to our legislators if we don’t get the answers we’re seeking. These types of actions make a difference in letting others know what we will and will not accept.”

Foster adds that peaceful efforts at community change include many forms, such as the right to protest.

“Students can write letters, make calls, join peaceful protests, post to social media, lobby, and join with advocacy groups to draft legislation or policy,” Foster says. “Most importantly, students can vote for candidates who advance their values and mobilize others to vote.”

Foster and DeShong were impressed by students’ persistence and advocacy efforts last semester. Their tenacity, passion and commitment were empowering to witness, and they are both convinced it will continue going forward.

“College of Social Work students worked tirelessly to mobilize and educate voters,” Foster says. “It was difficult in this COVID-era to use traditional means of mobilization, so they took to direct contact and social media. Most importantly, they led this work and continue to strategize ways to engage the State House as the spring legislative session begins.”

“Students and the university community have shown they are truly dedicated and that this isn’t just an act; this is something we see as urgent and needing attention right now,” DeShong says. “I’ve seen people become more comfortable with their role as an activist and others who have organized events to ensure everyone has a voice in challenging policies and practices. Students are continuing to use their unique skillsets to become active, address social change, and help bring attention to various issues.” 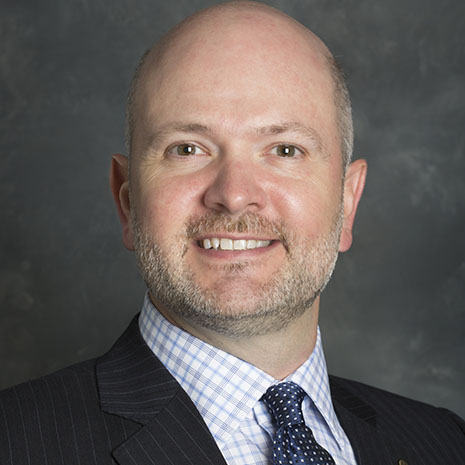 “College of Social Work students worked tirelessly to mobilize and educate voters, and they continue to strategize ways to engage the State House.” 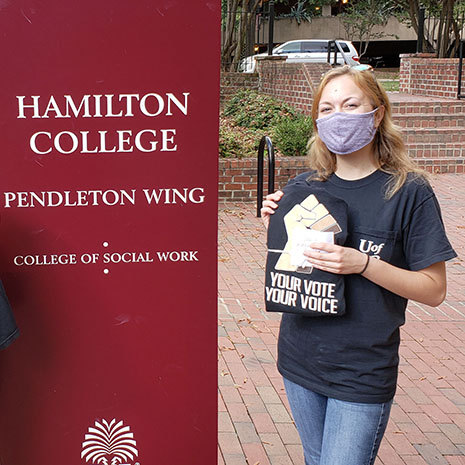 “Students and the university community have shown they are truly dedicated and that this isn’t just an act; this is something we see as urgent and needing attention right now.”