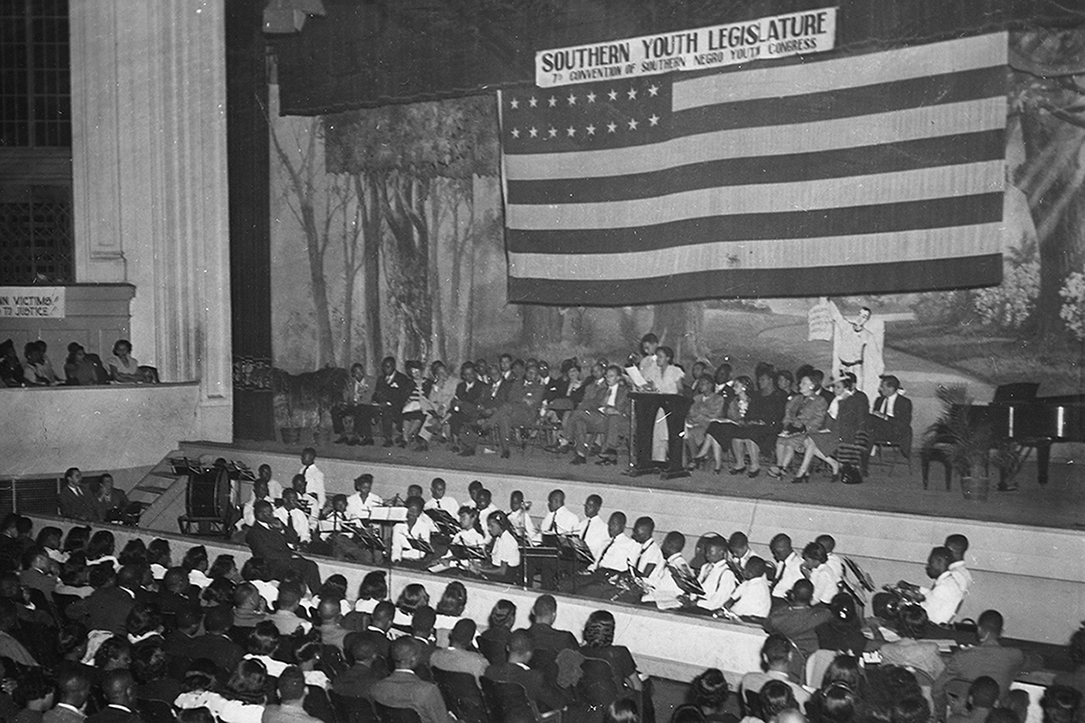 Lewis’ talk, which is free, is set for 6 p.m. Oct. 20, in Antisdel Chapel at Benedict College.The University of South Carolina’s History Center and Center for Civil Rights History and Research invites the public to join Burnham and her daughter, Margaret Burnham, a former activist with the Student Nonviolent Coordinating Committee (SNCC) and law professor who directs the Civil Rights and Restorative Justice Project at Northeastern University. Dorothy Burnham’s late husband, Lou Burnham, was the main organizer of the meeting, which drew young people from every Southern state. A video interview with Esther Cooper Jackson, 99, a SNYC organizer with the Burnhams, will be shown at Lewis’ talk.

Lewis is the Julius Silver University Professor and a scholar of social and civil rights history at New York University. His talk, titled “Our Exceptionalist Quagmire: Is There a Way Forward,” will reflect on Du Bois’ historic address in the context of current racial and political realities.

Patricia Sullivan, director of the History Center, says Du Bois, in his address, captured the hope and optimism that immediately followed World War II, a time when racial segregation was still firmly in place throughout the South.

“He described the South as the ‘battleground of a great crusade,’ and appealed directly to young women and men, black and white, to dedicate themselves to the struggle for freedom and democracy for however long it would take,” Sullivan says.

She says Du Bois urged the young people to use every tool at their disposal, especially publicity, “to make the people of the United States … know what is going on.”

Du Bois’ vision ultimately was realized when the sit-in movement finally ignited mass protests across the U.S., leading to the culmination of the civil rights movement and the dismantling of the segregation system.

“Most importantly, Du Bois was confident that regardless of the challenges, young people working together had the capacity to advance the cause of democracy, freedom and humanity. But he emphasized that this was a project that could take a lifetime and that the critical point was devotion, sacrifice and mutual cooperation across the long haul,” she says.

2015 marked the 150th anniversary of the end of the Civil War and the beginning of Reconstruction. Lewis’ talk is part of the History Center’s ongoing effort to engage the university community and public in a discussion of the history of Reconstruction era and its complex, contested and challenging legacy, particularly for those wanting to advance racial justice and reconciliation.

“Delivered in the immediate aftermath of World War II, Du Bois' ‘Behold the Land’ harks back to the promise of Reconstruction as it looks forward to the looming of the civil rights movement, and today’s broader, ongoing struggle to uproot racial prejudice and build a full and inclusive democracy,” Sullivan says.

Lewis’ talk will be followed by a symposium on Oct. 21, when activists and leading scholars will discuss the 1946 meeting as well as the history and legacy of the Southern Negro Youth Congress. The symposium will take place 9 a.m. until noon in the Hilton Columbia Center’s Palmetto State Ballroom.

Lewis’ talk and symposium are sponsored by the university’s History Center, Center for Civil Rights History and Research and Institute for Southern Studies and the city’s Columbia 63 project, Historic Columbia and Benedict College.

To complement Lewis’ visit, the Center for Civil Rights History and Research and Columbia 63 will host a panel titled, "Recovering SC's Radical Roots, The Legacy of the Southern Negro Youth Congress,” at 3 p.m., Oct. 22, at the Continuing Education Center Auditorium at Midlands Technical College’s Harbison Campus. The center, part of Carolina’s University Libraries, is home to the civil rights collections of John H. McCray and Modjeska Monteith Simkins, both of whom were connected to the 1946 conference.