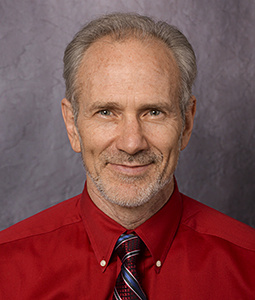 Dr. Wedell joined the faculty at the University of South Carolina in 1989. He is currently the Director of the Institute for Mind and Brain.

The motivating force behind Dr. Wedell's research has been an attempt to better understand how context affects how we think about, feel, and interact with the world. He has studied context effects by altering the nature of the stimulus or choice set, changing features of the task, such as the mode of presentation or the type or response required, and manipulating the framing of the information being considered. His research is characterized by development of quantitative models that explain judgment, decision, and memory processes. Recent areas of research include the following:

Context Effects on Music Memory and Preference: Dr. Wedell has collaborated with Dr. Matt Rashotte on several projects that are aimed at better understanding how musical tempo is perceived and how the preferred tempo for a song is altered by recent contextual experiences.

Bias in Spatial Memory: Dr. Wedell has developed models of spatial memory based on patterns of bias in estimation. Recent research demonstrates how biases change depending on perspective (egocentric or allocentric) and orientation to the environment (static or dynamic).

Judgment & Choice: Dr. Wedell has continued basic research into the contextual bases of judgment and choice. Within this area, he has been particularly concerned with the contextual processes underlying similarity and preference judgments. He has examined these processes using simple perceptual stimuli and more complex social stimuli. Recent research in this area has demonstrated contextually induced preference reversals for familiar stimuli such as faces, body shapes, and well known songs.

Probability Judgment: Dr. Wedell has developed a research program aimed at understanding how judgments and decisions about risky prospects are influenced by whether they are considered as unique or as part of an aggregate. He has explored how reasoning about probabilities is influenced by response mode and how people confuse diagnostic and predictive judgments.