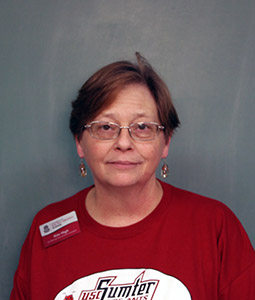 She also volunteered at USC Sumter maintaining the G.C. (gas chromatograph) and developed several of the chemistry labs used in the non-majors chemistry class.