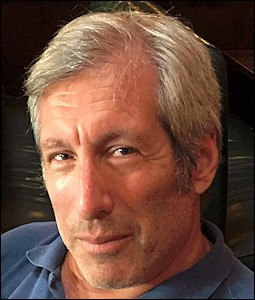 My primary area of research is syntactic theory and the syntax-semantics interface. I have produced three books, four edited volumes, and several dozen articles and book chapters on a variety of topics – largely on the syntax and semantics of various languages, including English, Japanese, Korean, Bulgarian, Hebrew, and two Bantu languages (Chichewa and Lingala). My 2004 Blackwell book, co-authored with William D. Davies, is titled The Grammar of Raising and Control: A Course in Syntactic Argumentation, and was followed in 2007 by an edited collection with Springer, New Horizons in the Analysis of Control and Raising. My two most recent co-authored books are Understanding Language through Humor (2011, Cambridge University Press), and Language Conflict and Language Rights: Ethnolinguistic Perspectives on Human Conflict (2018, Cambridge University Press). I am currently engaged in a digital project with Michael Gavin (University of South Carolina), titled The Encyclopedia of Global Ethnolinguistic Conflict, and am hoping to roll out a “beta” version of this web resource early in 2019.

As the colonial hegemony of empire fades around the world, the role of language in ethnic conflict has become increasingly topical, as have issues concerning the right of speakers to choose and use their preferred language(s).  Such rights are often asserted and defended in response to their being violated. The importance of understanding these events and issues, and their relationship to individual, ethnic, and national identity, is central to research and debate in a range of fields outside of, as well as within, linguistics. This book provides a clearly written introduction for linguists and non-specialists alike, presenting basic facts about the role of language in the formation of identity and the preservation of culture. It articulates and explores categories of conflict and language rights abuses through detailed presentation of illustrative case studies, and distills from these key cross-linguistic and cross-cultural generalizations.

The Middle East conflict system is perhaps the world’s most important and intractable problem area, whose developments carry global consequences. An effective investigation of the context and change in the region calls for a melding of academic approaches, methods and findings with policy oriented needs. The Israeli Conflict System brings together leading conflict scholars primarily from political science, applying a range of advanced, rigorous analytic and data-gathering techniques to address this single empirical domain—the contemporary Israeli Conflict System. Recognising the causal complexity of this conflict system, the volume’s central theme is that the system’s current conditions are best understood in their broader temporal/historic, cultural/linguistic, and spatial/geographic contexts. Through the lens of economic, geographic, historical, linguistic, and political analyses, and the application of data analysis, experiments, simulations, and models of rational choice, this volume shows how diverse disciplinary perspectives and methodologies can complement each other effectively. In this way, its chapters provide a model for the integration of factors and contexts necessary for understanding contemporary world politics, and a sampling of theories, approaches, and methods that are applicable, useful, or valid under different conditions. This book offers a cutting-edge resource for scholars and students of Political Science, International Relations, Conflict Studies and Middle East Studies.

Students often struggle to understand linguistic concepts through examples of language data provided in class or in texts. Presented with ambiguous information, students frequently respond that they do not 'get it'. The solution is to find an example of humour that relies on the targeted ambiguity. Once they laugh at the joke, they have tacitly understood the concept, and then it is only a matter of explaining why they found it funny. Utilizing cartoons and jokes illustrating linguistic concepts, this book makes it easy to understand these concepts, while keeping the reader's attention and interest. Organized like a course textbook in linguistics, it covers all the major topics in a typical linguistics survey course, including communication systems, phonetics and phonology, morphemes, words, phrases, sentences, language use, discourses, child language acquisition and language variation, while avoiding technical terminology.

Raising and control have figured in every comprehensive model of syntax for forty years. Recent renewed attention to them makes this collection a timely one. The contributions, representing some of the most exciting recent work, address many fundamental research questions. What beside the canonical constructions might be subject to raising or control analyses? What constructions traditionally treated as raising or control might not actually be so? What classes of control must be recognized? How do tense, agreement, or clausal completeness figure in their distribution? The chapters address these and other relevant issues, and bring new empirical data into focus.

The Grammar of Raising and Control surveys analyses across a range of theoretical frameworks from Rosenbaum's classic Standard Theory analysis (1967) to current proposals within the Minimalist Program, and provides readers with a critical understanding of these, helping them in the process to develop keen insights into the strengths and weaknesses of syntactic arguments in general.

The papers in this volume examine the current role of grammatical functions in transformational syntax in two ways: (i) through largely theoretical considerations of their status, and (ii) through detailed analyses for a wide variety of languages. Taken together the chapters in this volume present a comprehensive view of how transformational syntax characterizes the elusive but often useful notions of subject and object, examining how subject and object properties are distributed among various functional projections, converging sometimes in particular languages.

JOURNAL ISSUE
2006 (with William Davies). Guest edited issue (9.2) of Syntax: A journal of theoretical, experimental and interdisciplinary research 9.2; a special issue featuring articles based on a symposium at the 2005 LSA annual meeting, "New Horizons in the Grammar of Raising and Control".

2019
• (with Keunhyung Park). The syntax and semantics of negative questions and answers in Korean and English.  Proceedings of the Linguistic Society of America 4(1): 1-9. Washington DC: LSA.
• (with Jiyeon Song). Event- and type-plurality marker: -tul in Korean. The Proceedings of 2018 Seoul International Conference on Generative Grammar. Konkuk University, Seoul, Korea. August 2018.

2017
• (with Shinichi Shoji and Amit Almor). The Repeated Name Penalty, the Overt Pronoun Penalty, and topic in Japanese. Journal of Psycholinguistic Research 46(1): 89-106.

2016
• (with Shinichi Shoji and Amit Almor). Age of Arrival (AOA) Effects on Anaphor Processing by Japanese Bilinguals. Linguistics Vanguard: A Multimodal Journal for the Language Sciences (Special collection on “Psycholinguistics: Language variation within and across speakers”) 2(s1): 55-67.

2009
• (with Mila Tasseva-Kurktchieva) The distribution of subjects and predicates in Bulgarian: An (EPP) V-Feature account. Formal Approaches to Slavic Linguistics 17:237-252.
• (with William Davies). On the existence (and distribution) of sentential subjects. In Donna B. Gerdts, John C. Moore, and Maria Polinsky (eds.), Hypothesis A/hypothesis B: Linguistic explorations in honor of David M. Perlmutter, 111-128. Current Studies in Linguistics 49. Cambridge, MA: MIT Press.

2003
• (with William Davies). On extraction from NPs. Natural Language and Linguistic Theory 21:1-37.
• (with William Richey). Assessing the stylistic proclivity of the poet: Evidence from the -ed/-'d alternation. Southern Journal of Linguistics 25.136-44.

1997
• Predicate union and the syntax of Japanese passives. Journal of Linguistics 33:1-37.

1995
• (with Kemp Williams). Recategorization of prepositions as complementizers. Linguistic Inquiry 26:125-137.

1994
• (with Mazemba Nzwanga). A challenge to Burzio's generalization: Impersonal transitives in western Bantu. Linguistics: An Interdisciplinary Journal of the Language Sciences 32:47-64.