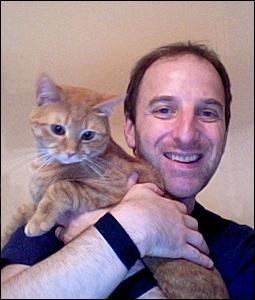 My first book, The Business of Letters (Stanford 2008), is a study of authorship in early national and antebellum America that seeks to shift our scholarly focus away from an emphasis on the professionalization of writing and toward a more nuanced and historically grounded understanding of authorial exchange practices. My core argument is that in the early nineteenth century, authorship was transacted not through a single 'marketplace,' but rather through multiple economies, each with their own rules, logics, and sometimes even currencies. I argue, moreover, that the core historical transformation in the economic practice of authorship was not from amateur to professional writing, but from economies characterized by social embeddedness to more impersonal forms of authorial exchange.

My new project, Scarlet Letters, is a history of blackmail in the anglophone Atlantic world from the Early Modern period to the present. Tracing the origin of the word blackmail to the practice of paying protection money to raiders on the lawless Anglo-Scottish border in the fifteenth century, I argue that blackmail is a paradigmatic phenomenon in places, such as the border, where the reach of the nation exceeds the grasp of the state, and, later on, where individual behavior eludes the norms of civil society. Where neither the state nor civil society can exert force directly, the blackmailer steps in, functioning as pillar and pariah of acceptability, depending on who is paying whom. A study of blackmail enables one to explore the gritty lived reality of specific local communities, while using the presence of blackmail as a means to track the larger phenomena of state formation and the emergence of civil society. My book traces these developments from the sixteenth century use of professional informers, through seventeenth century debates concerning prostitution, eighteenth century controversies about sodomy, the nineteenth century's struggle with the rise of the penny press, and twentieth century notions of celebrity. It ends with an exploration of the ways in which the rise of the Internet, blogging, tweeting, and attendant crimes of hacking, identity theft, and electronic outing render the possibility of privacy and secrecy increasingly tenuous. While clearly indebted to social and cultural history, my project also stakes a claim in literary history. I argue, in particular, that literary texts have not simply depicted acts of blackmail (although there are a great many more such depictions than we have supposed), but that literary texts have often served as the vehicles through which blackmail has been threatened. The production of romans a clef, Juvenalian satires, and sui generis forms such as antebellum 'wants to know' column in flash newspapers and magazines functioned to render fungible socially inappropriate behavior.