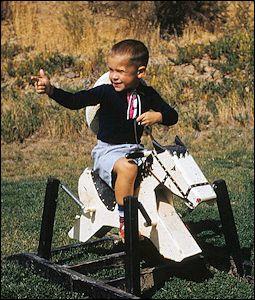 ENGL 283 – Themes in British Literature
ENGL 405 – Shakespeare's Comedies and Romances
ENGL/CPLT 381 – The Renaissance
ENGL 710 – Love, Lust, and God in Elizabethan Poetry
SCHC 351O – The Trial of Othello, the Moor of Venice, for the Murder of the Beauteous Desdemona. Video about the course.

"The Collected Works of Edmund Spenser." General Editor, with Patrick Cheney, Joseph Loewenstein, Elizabeth Fowler, and Andrew Zurcher. A new scholarly edition in three volumes, under contract to Oxford University Press for the Oxford English Texts Series. I am currently preparing text and commentary for the first edition of The Faerie Queene (1590) for volume II. We are at the same time building a digital archive for the study and teaching of Spenser's work.

“The Voice of Caesar’s Wounds,” in Forms of Association: Making Publics in Early Modern Europe, edited by Paul Yachnin and Marlene Eberhart, forthcoming from the University of Massachusetts Press (8,850 words).

The Poem's Two Bodies: The Poetics of the 1590 "Faerie Queene", Princeton University Press, 1988.

After Strange Texts: The Role of Theory in the Study of Literature, Collection by Gregory S. Jay and David Lee Miller, University of Alabama Press, 1985

“Into the Library and Back Out Again: The CDH at USC,” Data Driven: Digital Humanities in the Library, College of Charleston, June 21, 2014.

“Allegory and Metacognition in The Legend of Temperance,” Reading the Renaissance: A Symposium in Honor of Judith H. Anderson, Indiana University, May 17, 2013.

"Under the Bigtop: What to Do with the Large Lecture," at the USC Center for Teaching Excellence. August 31, 2010. About the seminar

"Spenser: For Free," at the Renaissance Society of America Conference, Venice, Italy. April 8, 2010.